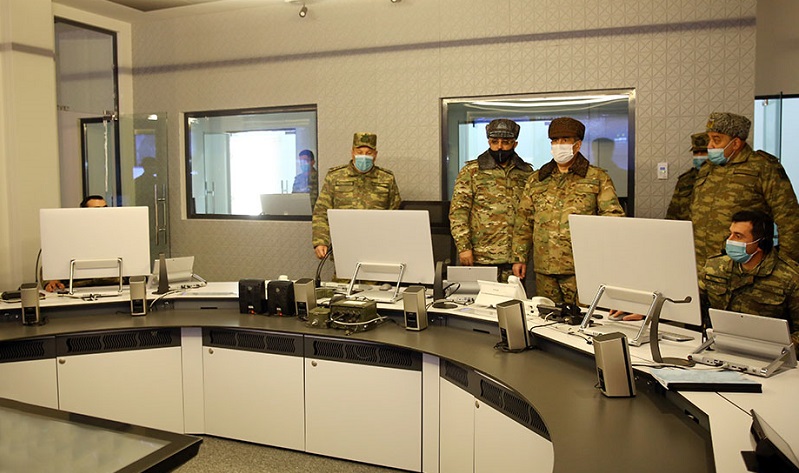 Azerbaijani Minister of Defense, Colonel General Zakir Hasanov, and the leadership of the ministry visited the Combined Command Post of the Air Force to check the process of organizing the interoperability between the anti-aircraft missile forces and the military aviation of the Air Force during the Operational-Tactical Exercises of the Azerbaijani troops, the Azerbaijani Defense Ministry told News.Az.

The command post provided with modern technological equipment ensures continuous combat duty of the Air Force, bringing troops to a state of combat readiness in the shortest possible period of time, as well as tracking enemy air targets in any weather conditions and within 24 hours, gathering, analyzing intelligence information, and urgent decision making and the most efficient accomplishment of combat missions by aviation forces.

As part of the exercises, the command post also ensures the transfer of the received data to the command posts of anti-aircraft missile systems to destroy the detected air targets of the imaginary enemy.

Inquiring about the conditions at the Combined Command Post, the minister of defense gave relevant instructions on organizing and carrying out military service and combat duty.