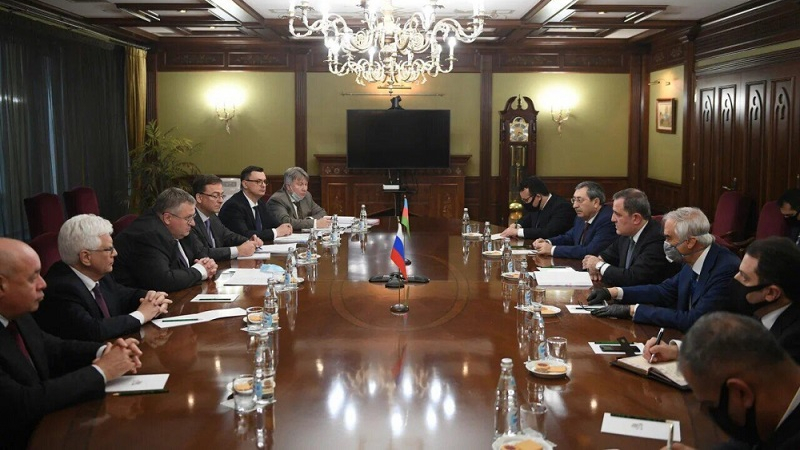 During the meeting, the sides expressed satisfaction with the comprehensive cooperation in various fields between the Republic of Azerbaijan and the Russian Federation.

The interlocutors discussed issues of strengthening cooperation in the humanitarian, cultural and educational spheres.

The importance of expanding inter-regional cooperation and holding events to promote this cooperation was also stressed.

At the meeting, the sides discussed mutual investments, including investments of Russian companies in engineering, pharmaceuticals, railways and other fields. It was noted that the commissioning of the North-South transport corridor and a new bridge over the Samur River, which are of special importance for the development of economic and trade relations, will give impetus to mutual relations.

During the meeting, the parties also discussed other issues of mutual interest.