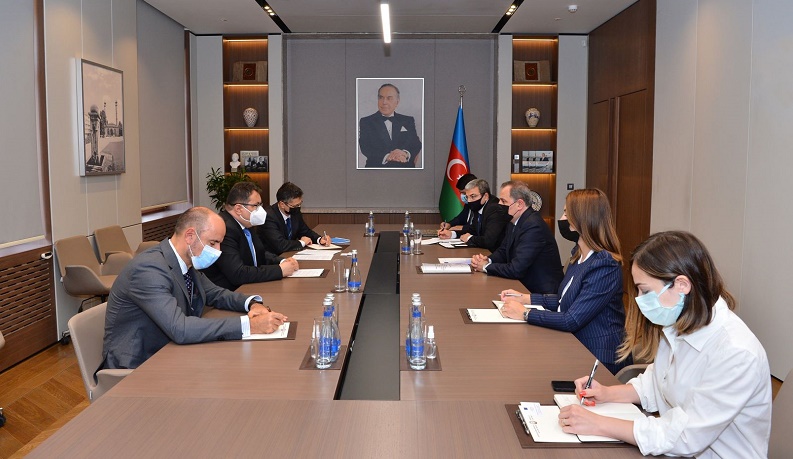 Pyotr Mikhalko handed over copies of credentials to Minister Jeyhun Bayramov. The Minister congratulated the EU representative on his appointment and expressed confidence that he will contribute to the development of relations between Azerbaijan and the EU.

During the meeting, the sides discussed the effective cooperation between the EU and Azerbaijan and the prospects for its development, as well as recent high-level visits to Azerbaijan, preparations for the upcoming summit meetings within the framework of the Eastern Partnership and a new agreement that will form the legal basis of bilateral relations.

Various issues on the agenda of cooperation between Azerbaijan and the EU, including the implementation of energy projects, were discussed.

Azerbaijan is an important partner of the European Union, Pyotr Mikhalko noted. He promised to make every effort to develop these relations in all spheres.

Minister Jeyhun Bayramov informed the opposite side about the Armenian aggression against Azerbaijan and its consequences, the destructive approach of the Armenian side to the settlement of the conflict over the past 28 years, the liberation of Azerbaijani territories as a result of the 44-day war, the ongoing restoration and construction work on these lands, as well as plans for further development of these territories.

The sides also exchanged opinions on other issues of mutual interest.