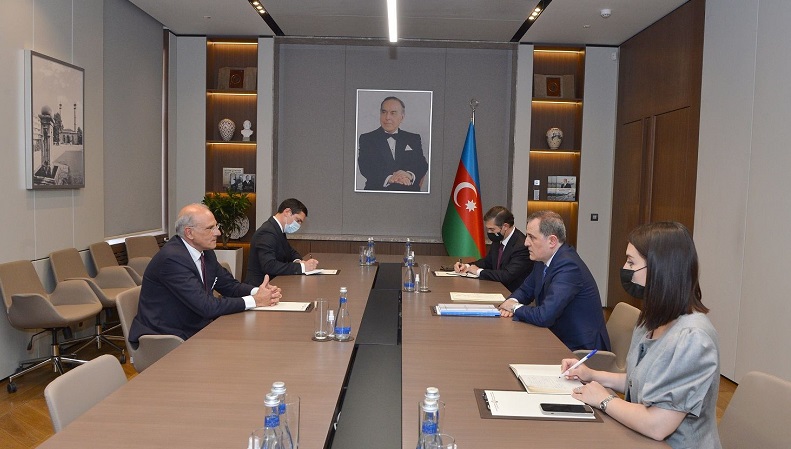 The Italian ambassador handed copies of his credentials to Bayramov.

Bayramov congratulated the ambassador on his appointment and wished him success in his future diplomatic activity.

Stressing the high level of cooperation between Azerbaijan and Italy, Bayramov emphasized the prospects for the further development of these relations and expressed confidence that successful results will be achieved during the activity of the new ambassador.

The minister also informed the ambassador about the situation in the region in the post-conflict period, the implementation of tripartite statements, reconstruction and construction work in the Azerbaijani lands liberated from the Armenian occupation.

The minister stressed the importance of resolving the differences between Azerbaijan and Armenia, including border tension, through negotiations.

The ambassador stressed that he will make every effort to expand bilateral relations and take appropriate steps to develop cooperation in all spheres.

During the meeting, the sides exchanged views on the agenda of bilateral cooperation.