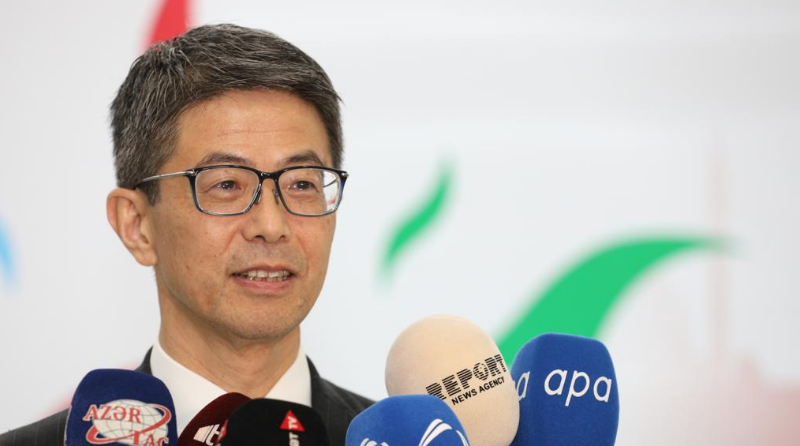 "In a short period of time, cooperation between the two countries in various fields has been established at such a high level that it is impossible not to be surprised," Japanese Ambassador to Azerbaijan Junichi Wada told journalists at the event dedicated to the 30th anniversary of diplomatic relations between Azerbaijan and Japan, News.az reports.

The ambassador noted that he is satisfied with the development of inter-country relations in various fields at the same pace.

"30 years ago, on September 7, 1992, the foundation of diplomatic relations between Japan and Azerbaijan was laid. When we evaluate these 30 years, we see that the relations between the two states are developing at a high level in various directions. This is the result of the efforts of both countries. It is impossible not to be happy about it," said the ambassador.