Leyla Abdullayeva: I wonder if Pashinyan has ever been interested in what Armenian FM has been doing at negotiations over past two years 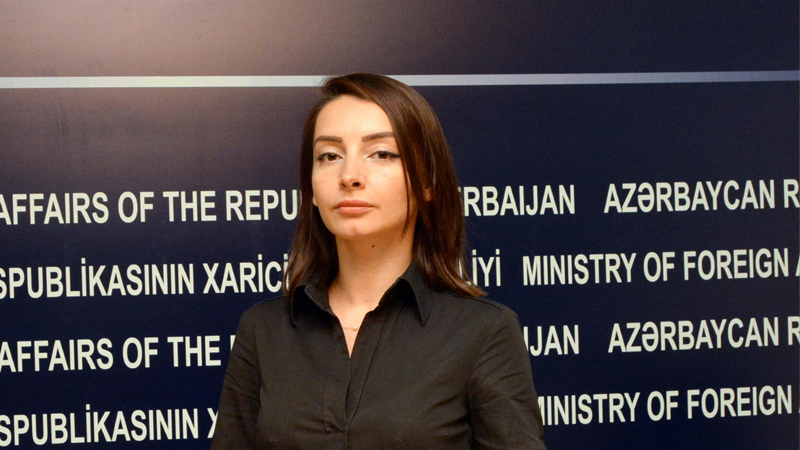 All responsibility for the escalation of the situation in the region lies with Armenia, said Leyla Abdullayeva, spokesperson for Azerbaijan’s Ministry of Foreign Affairs, told News.Az.

The spokesperson made the remarks commenting on the statement of Armenian Prime Minister Nikol Pashinyan during the online press conference saying that after the “velvet revolution” a new document on the settlement of the conflict was not put forward, and the old proposal was not acceptable.

“It is true that there is no new document in the negotiation process because there is no need for a new document and proposal. Thus, as reflected in the statement of the OSCE Minsk Group co-chairs of March 9, 2019, the talks are being held on the document that is at the negotiating table,” Abdullayeva said. “I wonder if Pashinyan has ever been interested in what Armenia’s foreign minister has been doing at the negotiations over the past two years. Perhaps, it should not be ruled out that the Armenian foreign minister did not submit to his prime minister the documents presented by the co-chairs to the foreign ministers of Azerbaijan and Armenia, including the intensive talks in Geneva in January of this year.”

“If the goal of the current Armenian leadership is to prolong the settlement of the conflict under the guise of "negotiations", this approach is firmly rejected by both Azerbaijan and the international community,” she added.

The spokesperson reminded the leadership of Armenia, which seeks to undermine the negotiation process held with the international mediation, including the efforts of the heads of states of the OSCE Minsk Group co-chair countries, that the key goal of the long-term negotiations between Azerbaijan and Armenia, is to ensure the withdrawal of the occupying forces from all the occupied territories of Azerbaijan and restoration of human rights of hundreds of thousands of internally displaced persons in accordance with the well-known UN Security Council resolutions and, therefore, the establishment of durable peace and security in the region.

“Such statements by the Armenian leadership clearly show which country is in favor of peace and which is in favor of increasing tensions in the region. We emphasize once again that all responsibility for the escalation of the situation in the region lies with Armenia,” Abdullayeva concluded.