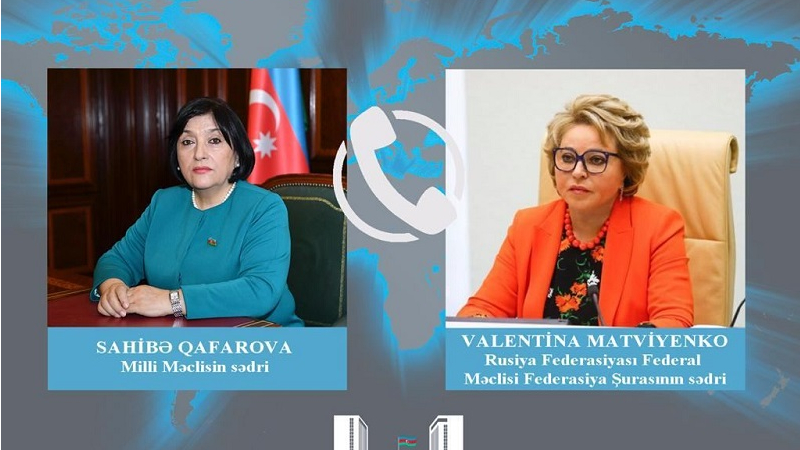 During the conversation, Gafarova informed the council’s chairperson about the deliberate shelling of the civilian population and infrastructure of Azerbaijan by Armenia.

She said that on October 11, Armenian Armed Forces made a missile attack on the second-largest Azerbaijani city, Ganja, as a result of which 10 civilians were killed and more than 30 were injured, including young children.

The speaker of parliament stressed that these attacks by Armenia on the civilian population and civilian objects are a war crime and a gross violation of international law, including the requirements of the 1949 Geneva Convention.

She noted that the Armenian side continues to fire at the population and civilian objects even after reaching an agreement on a humanitarian ceasefire on October 10, following the Moscow meeting of the Foreign Ministers of Azerbaijan and Armenia with the mediation of Russia.

Gafarova added that along with Ganja, the city of Mingachevir, where the industrial infrastructure and the largest hydroelectric power station in the South Caucasus are located, was also subjected to artillery and missile attacks.

The speaker emphasized that the military-political leadership of Armenia is fully responsible for the current tense situation in the region.

Matviyenko expressed concern about this situation, stressing the importance of ensuring the ceasefire.