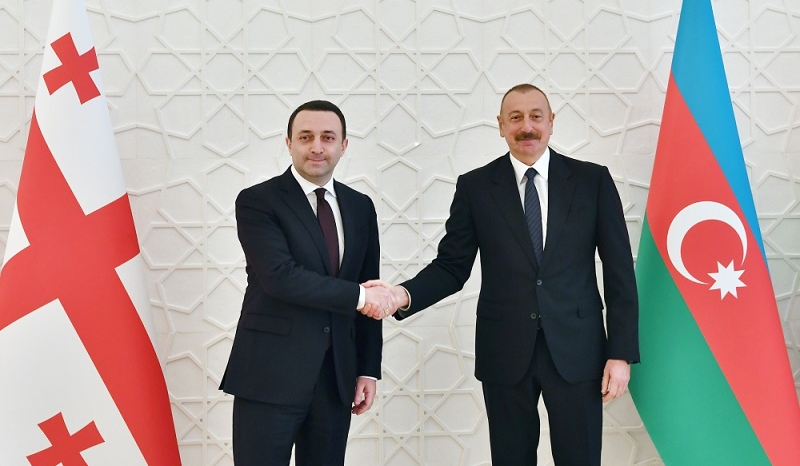 President of the Republic of Azerbaijan Ilham Aliyev has received Prime Minister of Georgia Irakli Garibashvili, who is on a visit to the country.

The head of state noted that relations between the Azerbaijani and Georgian peoples are based on the long history, centuries of history of good neighborhood and friendship.

The Azerbaijani leader also hailed the joint energy and transport projects implemented by both countries.

He pointed out that these projects have changed the map of the region, political, economic, transportation and energy map.

President Aliyev said Azerbaijan continues to be one of the biggest investors in Georgia’s economy.

“That’s also a good sign of the reforms, which your government is implementing in creating a very positive and friendly investment climate. I know that many more Azerbaijani companies are willing to work in your country. I am sure that will happen,” he added.

Garibashvili, in turn, said it’s a great pleasure and honor for him to meet the Azerbaijani president again.

Georgian and Azerbaijani people are neighbors, said the premier, adding. “So, this is our destiny and we are so interlinked and interdependent to each other. As you mentioned, we have executed some of the most important historic projects together. Therefore, we are absolutely determined and motivated to continue to implement even more projects together that will strengthen our relationship and brotherhood.” 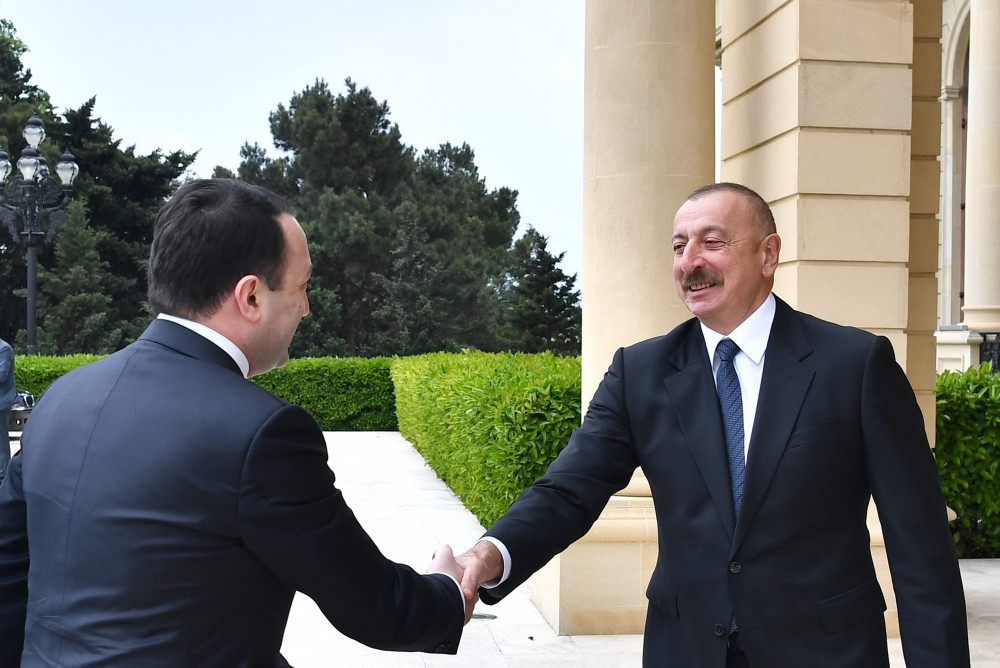 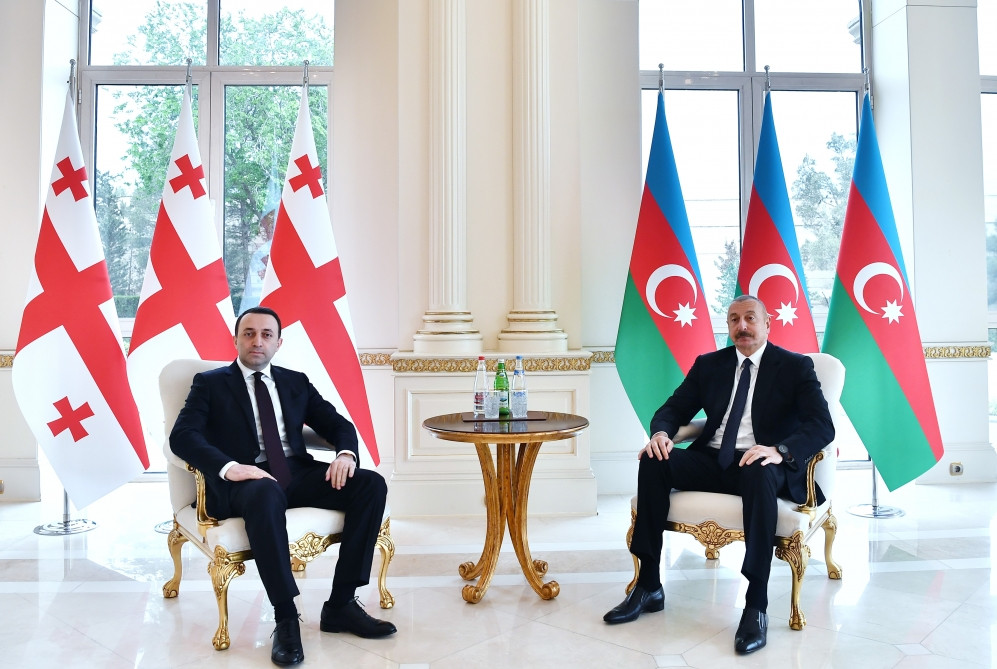