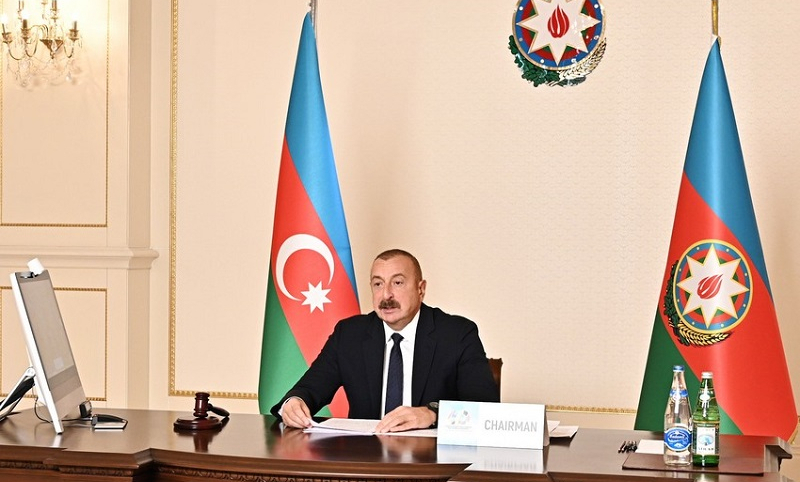 A High-Level Commemorative Meeting to mark the 60th Anniversary of the Non-Aligned Movement has today kicked off in Belgrade, the capital city of Serbia.

The Azerbaijani leader noted that being the largest international institution after the UN General Assembly, the NAM is considered a genuine example of multilateralism with its cross-regional membership, uniting 120 countries from diverse historical, political, and cultural backgrounds.

“The historical Bandung principles, such as the respect for the sovereignty and territorial integrity, refraining from acts of aggression, and the non-interference in the internal affairs lie at the core of the NAM. Those principles remain valid and essential in current international relations. If the Bandung Principles were upheld by all States, we would not observe the wars and conflicts,” the head of state said.

The president stressed that in order to contribute more to strengthening peace, security, international law, and justice Azerbaijan decided to join the NAM family in 2011.

“In a short time, Azerbaijan gained great confidence and esteem among the Member States of the Movement, and with a unanimous decision of the NAM leaders of 2016, Azerbaijan was elected as the chair of the NAM for the period of 2019-2022,” President Aliyev concluded.