Azerbaijani President: What happened to church in Shusha was either mistake, or done by Armenians themselves to put blame on us 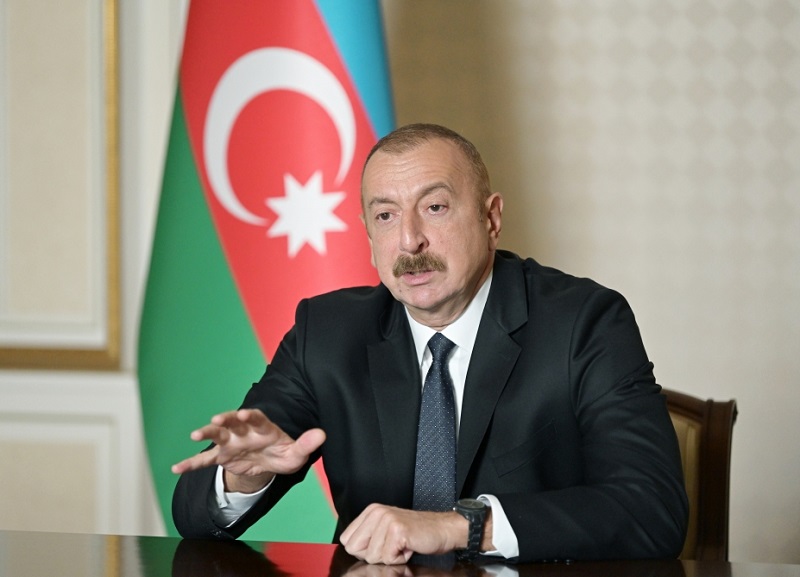 The Azerbaijani Army do not attack civilians, President Ilham Aliyev said in an interview to U.S. Fox News TV channel.

"We do not attack civilians. After the Armenian brutal attack, an act of terror against the city of Ganja with ballistic missiles where dozens of people have been killed, we publicly said that we will take revenge but on the battlefield," the head of state said.

“We do not attack civilians, we do not attack religious sights. What happened to the church in Shusha was either a mistake, and I already publicly commented on that, or it was done by Armenians themselves in order to put a blame on us,” President Aliyev stressed.

“There have been military targets in the capital of the so-called "Nagorno-Karabakh republic" Khankandi and our attacks there were only before the 9th of October. We didn’t attack any civilians or cities, in the Nagorno-Karabakh after that, but they attacked. Have you seen the images of what they have done to Ganja? We were targeting military infrastructure in the so-called "capital of Nagorno Karabakh" Khankandi, because the military bases, military infrastructure is situated in the city. So far, our drones destroyed more than 230 tanks. We destroyed 6 S-300 anti-air missile system. We destroyed hundreds of their armed vehicles. We do not use drones for civilians this is false information,” he added.