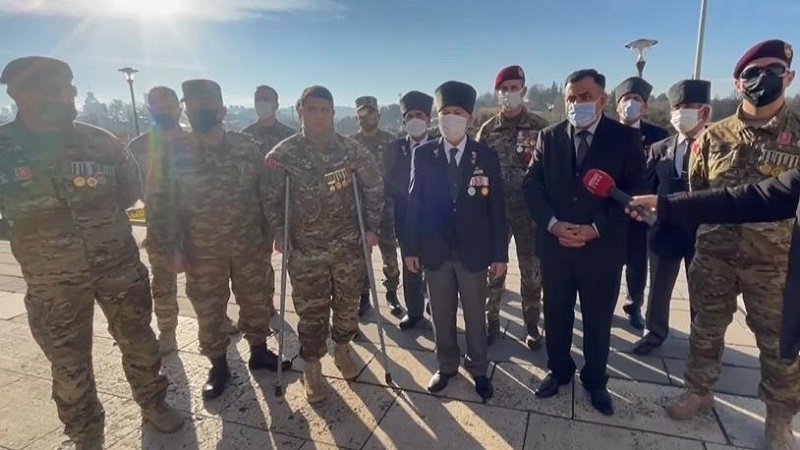 “Azerbaijan and Turkey are brothers. Turkey stood by Azerbaijan in the Karabakh war, helping Azerbaijan reclaim its occupied territories from Armenia,” Emin Hasanli, a member of Azerbaijan’s Council of State Support to NGOs, told reporters at the Turkish parliament.

He said it was an honor to visit a parliament established by Mustafa Kemal Ataturk, the founder of the Turkish Republic.

“We are always with Turkey. Turkey’s power is Azerbaijan’s power,” official asserted.

The veterans also toured parts of the parliament building that were bombed during the defeated coup of July 15, 2016, which was orchestrated by the Fetullah Terrorist Organization (FETO) and its US-based leader Fetullah Gulen.

Olcay Kilavuz, a Turkish lawmaker from the Nationalist Movement Party (MHP) who accompanied the veterans on their visit, said the unity and solidarity of Ankara and Baku gives hope to all ethnic Turks in the world.

“We are one nation, two states. Our brotherhood, unity and solidarity will last forever,” he said.

“Azerbaijan’s problems are our problems. Their joy is our joy,” he asserted.