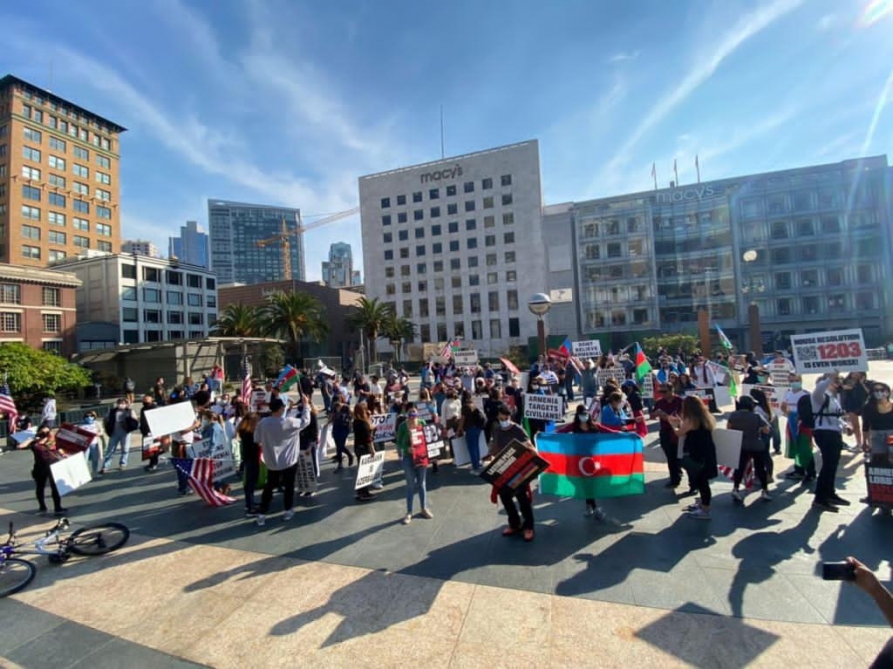 The Azerbaijani community in the US state of California has held a protest rally against the Armenian terrorism.

The rally, which began from the Columbus Avenue in San Francisco, involved demonstrators holding Azerbaijani flags and posters condemning the Armenian terror.

The rally participants chanted slogans such as "Stop killing children," "Stop Armenian terrorism!". They condemned the ongoing military provocations of Armenia against Azerbaijan, firing of prohibited missiles at civilians in Ganja, Barda and other residential settlements, killing of civilians, infants and the destruction of residential settlements.

Azerbaijani community members also called on the international community to support Azerbaijan’s just cause and not to turn a blind eye to Armenian terrorism.