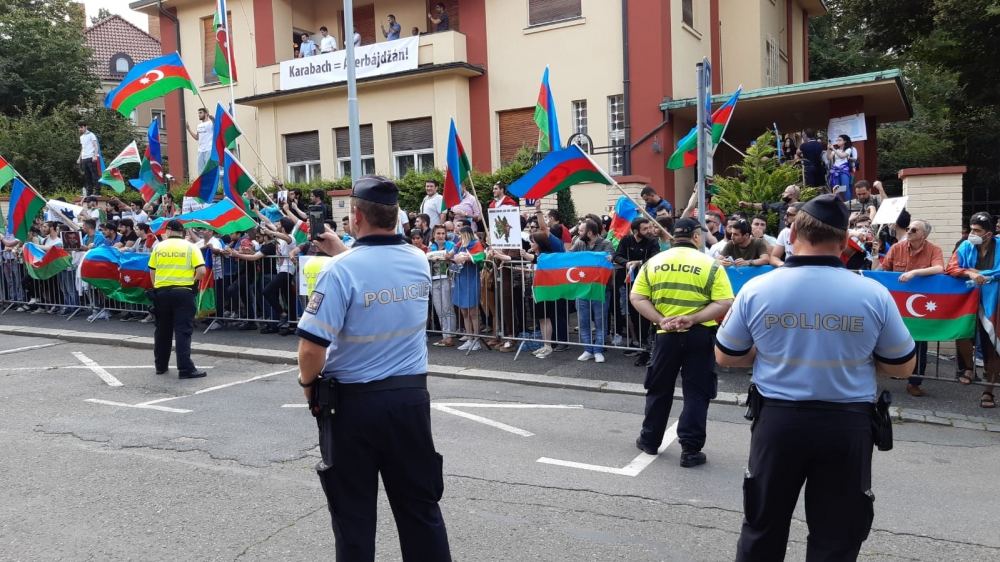 Azerbaijanis living in Praque held a rally in protest of the aggressive policy of Armenia and Armenian armed forces’ recent provocations made in the Tovuz direction along the border with Azerbaijan, the State Committee for Work with Diaspora reported.

The rally was held with the support of the "Azerbaijani Community in the Czech Republic" organization.

The rally participants chanted slogans in Russian and Czech.

After the end of the rally, the Azerbaijanis held an authorized peaceful procession in the center of Prague.