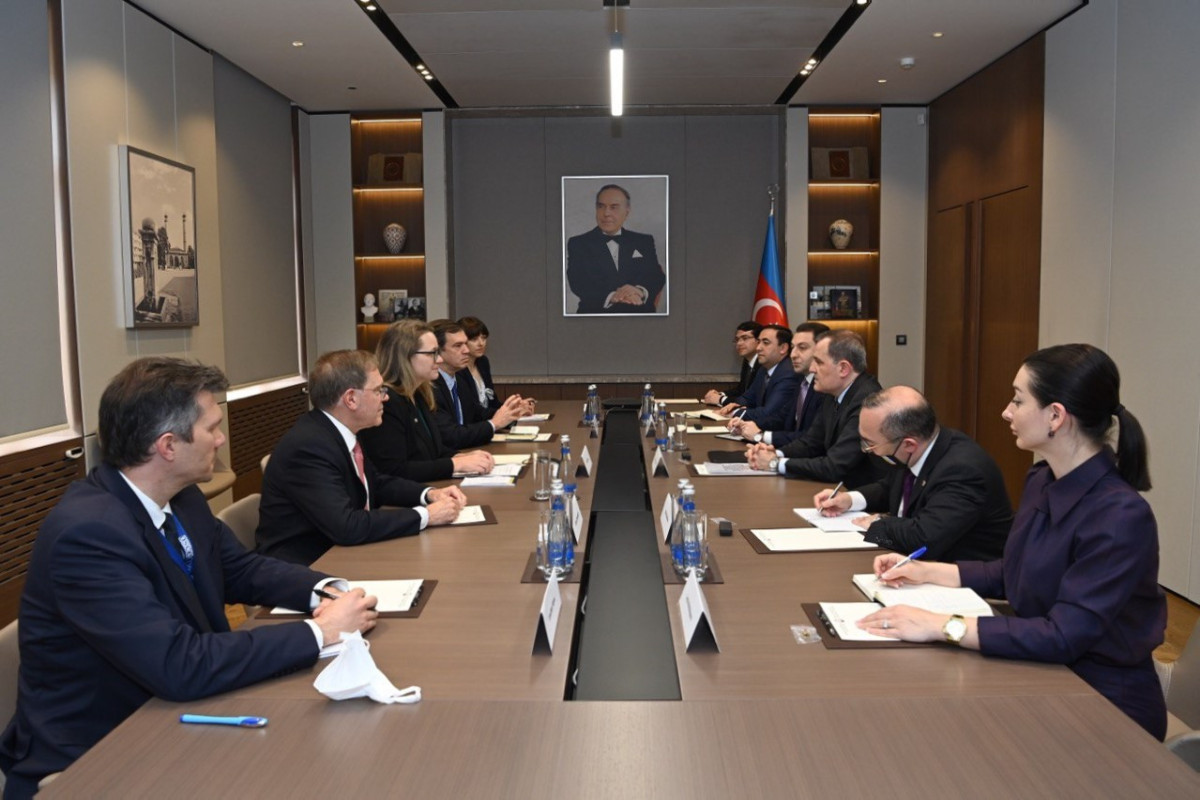 Andrew Shaffer, the US State Department's Senior Adviser on the Caucasus, also attended the meeting.

The US official thanked the Azerbaijani side for the hospitality shown in connection with the meeting of the ambassadors of his country in the region in Baku.

The sides exchanged views on the development of bilateral relations, as well as the current situation in the region, steps taken to normalize relations between Azerbaijan and Armenia.

Minister Jeyhun Bayramov spoke about the steps taken in the post-conflict phase to normalize the two countries, including the development of a future peace agreement, delimitation of the border, the opening of all communication lines in the region and confidence-building measures. They stressed the importance of implementing the agreements reached between the parties to ensure lasting peace and security in the region and Azerbaijan's readiness to move forward in all these areas.

The meeting also discussed the situation in Ukraine and other regional issues of mutual interest.