Azerbaijan's FM: Construction of bridge that will connect Eastern Zangazur with Nakhcivan will be started soon 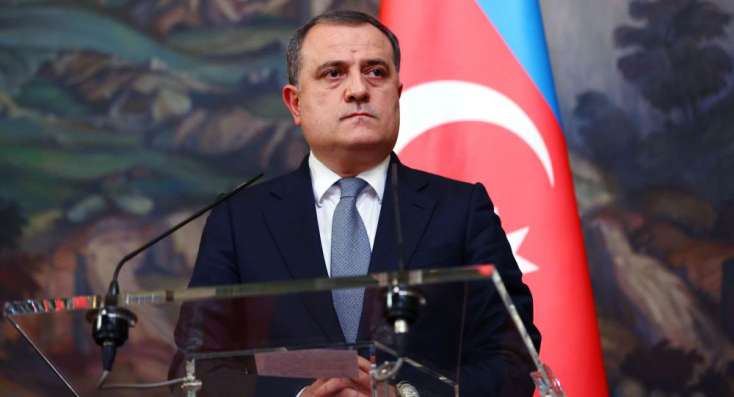 “The construction of Khudafarin and Giz Galasi water junctions and joint use between two countries is one of the important issues on the agenda,” said Azerbaijan’s Foreign Minister Jeyhun Bayramov at the press conference with Iran’s Foreign Minister Amir Huseyn Abdullahiyan, News.az reports.

“I consider that visits are very important in order to further develop kind neighboring and friendship relations between our countries in the current stage, based on cultural and religious ties. We held discussions on the development of bilateral relations, cooperation on the international platform, as well as the development of the economic relations.”

J. Bayramov noted that economic relations between the two countries increased by 30 percent in 2021, compared with 2020. “In the first five months of 2022, there is an 18% increase in comparison to the same period of 2021. There is great potential for the development of economic relations between the two countries. Our attention should continue on carried out and implement projects in recent years. At the same time, several new agreements should be carried out, so that mutual investments and economic relations are further increased. In addition to the production of joint cars, spare parts for cars, and agricultural machinery, a number of other projects should also be given attention. "Khudafarin" and "Giz Galasi" water junctions, construction of power stations, and joint use between the two countries are important issues on the agenda.”

The minister noted that within North-South Corridor the construction of a railway terminal between Azerbaijan and Iran’s Astara will be completed soon, adding that several technical documents are being developed in this regard.

J. Bayramov stated that within the framework of the project that will connect East Zangezur and Nakhchivan, the technical specifications for the first bridge have already been agreed upon, and the construction of the bridge will begin soon.