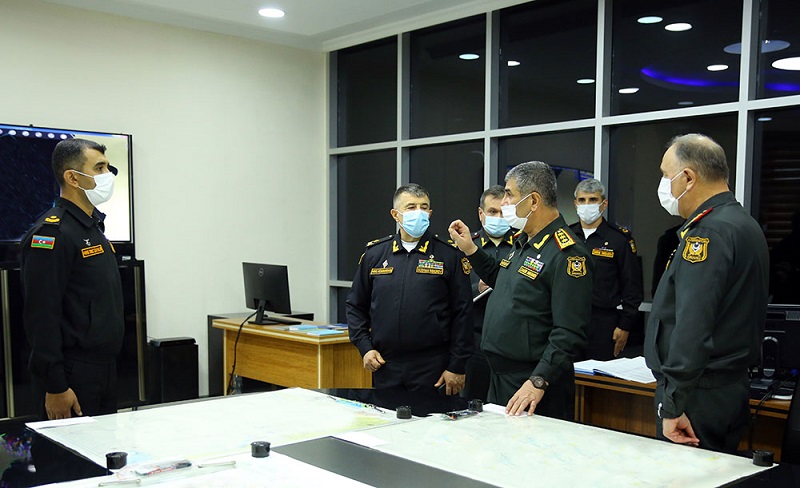 Azerbaijan’s Defense Minister, Colonel General Zakir Hasanov and other senior military officials got acquainted with the command and staff exercises conducted by the Naval Forces, the Defense Ministry told AzVision.az.

First, flowers were laid at the monument erected to the national leader Heydar Aliyev, on the territory of the military unit.

Then, the Commander of the Azerbaijan Naval Forces Rear Admiral Subhan Bakirov gave a briefing on the process of the exercises. It was reported that in the course of the command and staff exercises the servicemen will carry out the tasks of protection and defense of energy infrastructure in the Azerbaijani sector of the Caspian Sea on the map.

It was noted that the main purpose of conducting the exercises is to improve the practical skills of commanders and staff officers in agile decision-making and effective use of existing forces in the organization and conduct of combat, as well as to increase the knowledge and skills of personnel staff.

The personnel involved in the exercises accomplish the tasks on decisive management of units during the combat operations.

The defense minister gave relevant instructions on the process of the exercises after listening to the reports of the involved personnel.

The command and staff exercises will last until October 13.