Azerbaijan's MoD: The drawing procedure for the "Sea Cup" contest was held 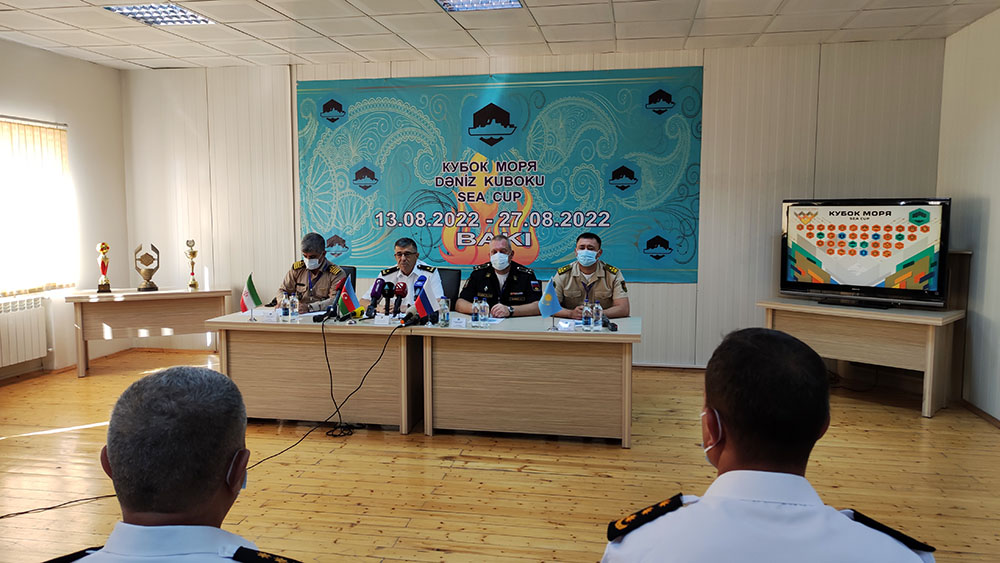 On August 12, the drawing procedure for the “Sea Cup” international contest to be conducted in Baku was held, News.az reports citing the Ministry of Defence.

Heads of delegations of participating countries and members of the Board of Referees took part in the event. Representatives of local and foreign mass media were also invited to the ceremony.

The Commander of the Azerbaijan Naval Forces, Rear Admiral Subhan Bakirov welcomed the participants and emphasized that he believes that the "Sea Cup" contest held in Azerbaijan for the 5th time will be conducted in transparent conditions, at a high level and friendly atmosphere.

Rear Admiral S. Bakirov wished success to the teams and answered the questions of the media representatives, stressing that these contests are of great importance in the mutual exchange of experience between the seamen from different countries and in increasing their professionalism.

The team leaders of the participating countries expressed their gratitude to the leadership of the Ministry of Defense for the created high-level conditions and the hospitality shown.

At the event, the participating teams gave detailed information about entrance to combat training ranges, conducting training for the performance of stages and episodes of the contest.

In the end, the drawing procedure for the performance of the contest stages and episodes was held.