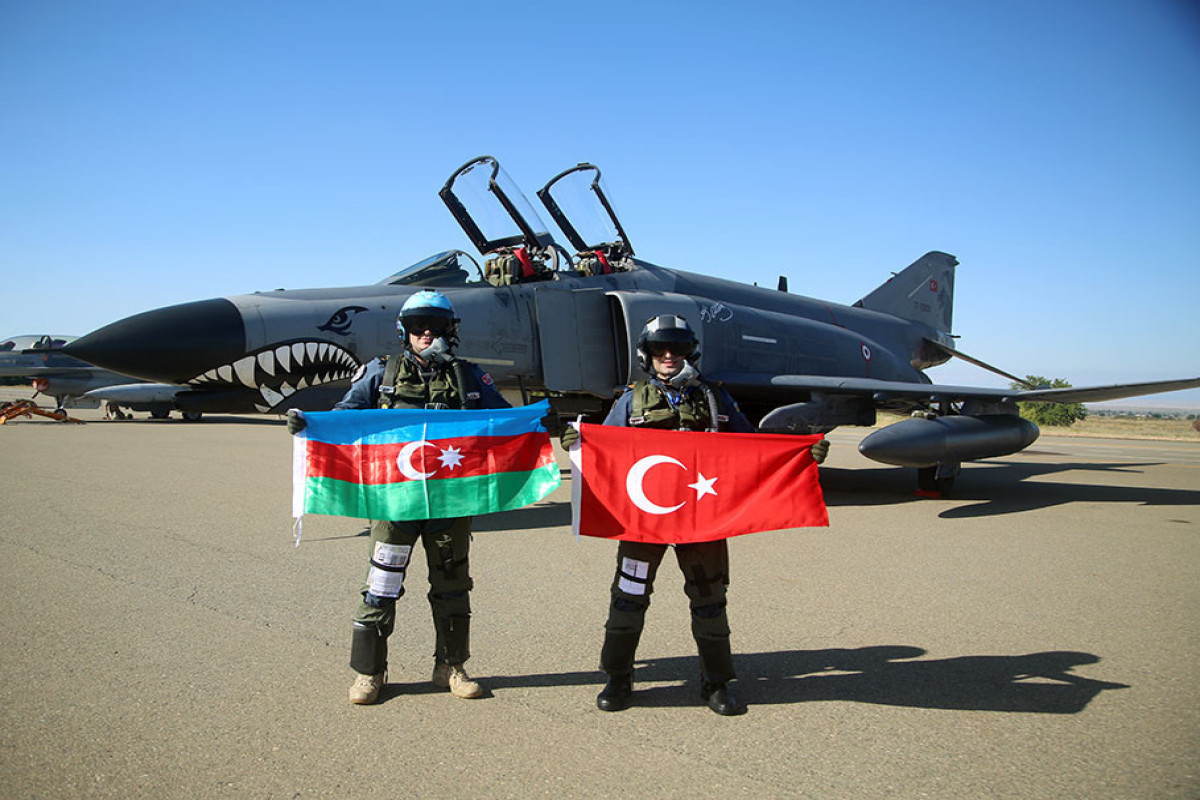 The "TurAz Qartalı - 2022" Joint Flight-Tactical Exercises held in Azerbaijan with the participation of the Air Forces of Azerbaijan and Türkiye ended, the Ministry of Defense told News.az

Using the advantages of tactical and technical features of combat aircraft, Azerbaijani military pilots conducted flights and professionally fulfilled the assigned tasks together with the military pilots of the fraternal country.

According to the plan, tasks on the destruction of imaginary enemy’s air and land-based targets, working out the elements of difficult pilotage and the combat maneuvers at low and medium altitudes, as well as performing various episodes were fulfilled during the exercises.

The exercise leadership analyzed and highly evaluated the military pilots' performances during the exercises, and they wished the participants success in their future military service.

In the end, the sides exchanged gifts.