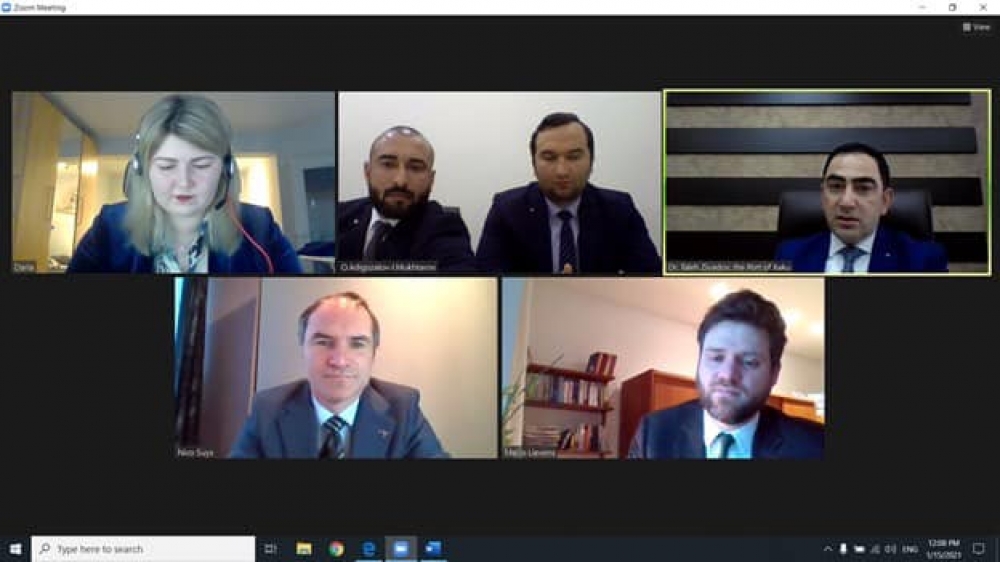 The document, signed by the Director General of the Baku Port Taleh Ziyadov and Director of the Port of Antwerp International Mario Lievens, envisages cooperation between the two organizations' training centers in training professional staff members.

The memorandum of understanding signed today is a continuation of the first MoU, which was signed on July 15th, 2015 between the two organizations. The APEC Training Center will focus on topics such as environmental and occupational security, trade and operational processes improvement, as well as innovation and digitalization.

Director General of the Baku Port Taleh Ziyadov noted that the start of cooperation with the European Port on the training of professional staff would give impetus to serious progress in the field. “In the field of port, the development of human capital has always been on the focus of the Port of Baku. It is no coincidence that the Memorandum of Understanding was signed 5 years earlier, and the document signed today for the upcoming 5 years will provide dozens of port employees with both short-term and long-term training at Europe’s leading training center,” he said.

"Our cooperation with the leading port of the Caspian Sea creates great opportunities for us. The Port of Baku and Azerbaijan play an important role in the trade between Europe and Asia as a junction of major transit routes, and in the coming years, Azerbaijan's regional importance will continue to grow. As Port of Antwerp International and APEC, we are delighted to extend our cooperation in the Eurasian region with Port of Baku which stems from our deep belief in the potential of the region,” Mario Lievens emphasized.

“APEC Port Training Center” has been operating since 1977 and specializes in the training of port employees from around the globe. Since its inception, more than 15,000 from many countries around the world have obtained knowledge and skills in professional training organized by APEC.