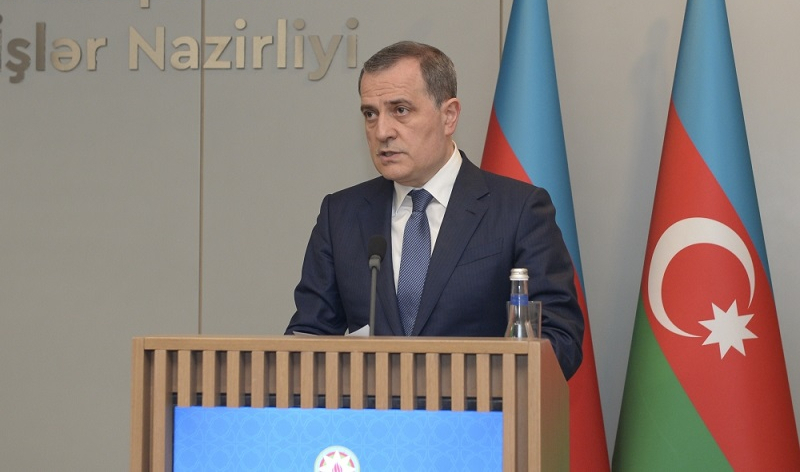 New opportunities have emerged for the normalization of relations between Azerbaijan and Armenia, said Azerbaijani Foreign Minister Jeyhun Bayramov on Thursday.

“The most important of these opportunities is the establishment of a working group to unblock communications as enshrined in the tripartite statement [November 10, 2020],” he said.

The top diplomat recalled that Azerbaijan earlier offered Armenia to begin talks on a peace treaty. “However, Armenia has not responded positively to Azerbaijan’s peace proposal,” Bayramov added.

Earlier, Azerbaijan outlined five basic principles for the normalization of relations with Armenia.

The basic principles are as follows:

- Mutual recognition of respect for the sovereignty, territorial integrity, inviolability of internationally recognized borders and political independence of each other;

- Mutual confirmation of the absence of territorial claims against each other and acceptance of legally binding obligations not to raise such a claim in future;

- Obligation to refrain in their inter-State relations from undermining the security of each other, from threat or use of force both against political independence and territorial integrity, and in any other manner inconsistent with the Purposes of the UN Charter;

- Delimitation and demarcation of the state border, and establishment of the diplomatic relations;