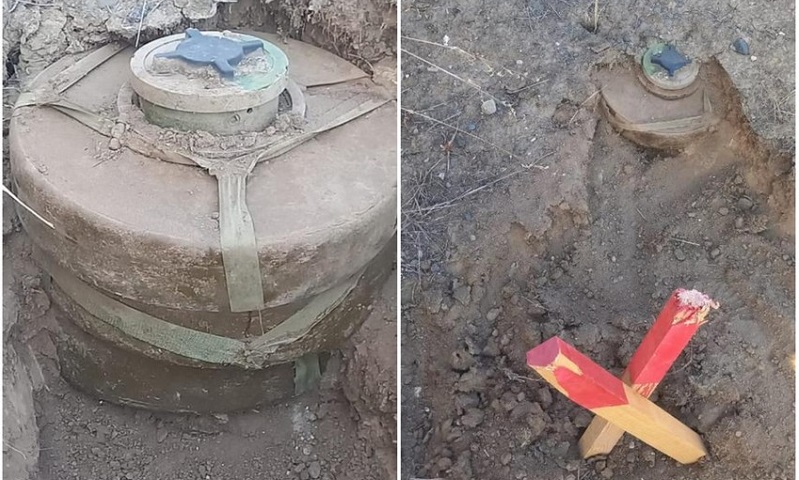 A booby trap with four mines has been found in Azerbaijan's Aghdam district, the Azerbaijan Mine Action Agency (ANAMA) told News.Az.

Large-scale mining of the territories by Armenia, including the installation of booby traps, is a terror directed against the civilian population of Azerbaijan. As a result of another mine explosion in Mehdili village of Jabrayil district on November 2, 2022, Ilgar Ahmadov, born in 1972, was injured.

During the demining operations, conducted by ANAMA, booby traps are regulated and detected. Thus, during a de-mining operation carried out near Orta Garvand of Aghdam district, on the territory of civilian areas, a TM-62P3 anti-tank mine with a PMN-2 anti-personnel mine installed on it was discovered, and the placement of a PMN-2 anti-personnel mine on top of three TM-62P3 anti-tank mines was discovered, installed one above the other. An anti-tank mine with seven kilograms of explosives is designed to disable equipment. As a result of the explosion of the detected booby traps, consisting of anti-tank and anti-personnel mines, the probability of human survival is zero, ANAMA said.

ANAMA once again appeals to citizens to use only established routes in the liberated territories, without deviating from them, and not to touch unknown objects.