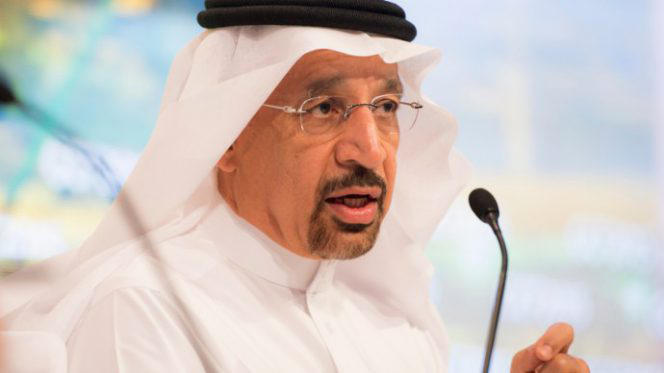 Confidence of the oil market in the quality of OPEC’s output cut deal will improve, said Saudi Minister of Energy, Industry and Mineral Resources Khalid Al-Fali

He made the remarks during ‘The Global Energy Outlook’ session at the World Economic Forum Annual Meeting in Davos, Switzerland, streamed live on the WEF website, Trend reports.

The Saudi minister pointed out that the anxiety about the commitment to the OPEC deal “is going down”.

During a meeting in Vienna, Austria, on Nov. 30, 2016, OPEC members decided to implement a new production target of 32.5 million barrels per day. Later, non-OPEC countries agreed to cut the output by 558,000 barrels per day during the meeting held Dec. 10, 2016.

OPEC and non-OPEC countries pledged to start implementing the deal from Jan. 1, 2017 for six months, extendable for another six months.

“Our compliance level will be maintained for the entirety of the six months. The good news is that since the agreement in December, people started to take an action. The December levels [of oil output] are lower than November,” said Al-Falih.

The minister also said he thinks the compliance with the deal is good.