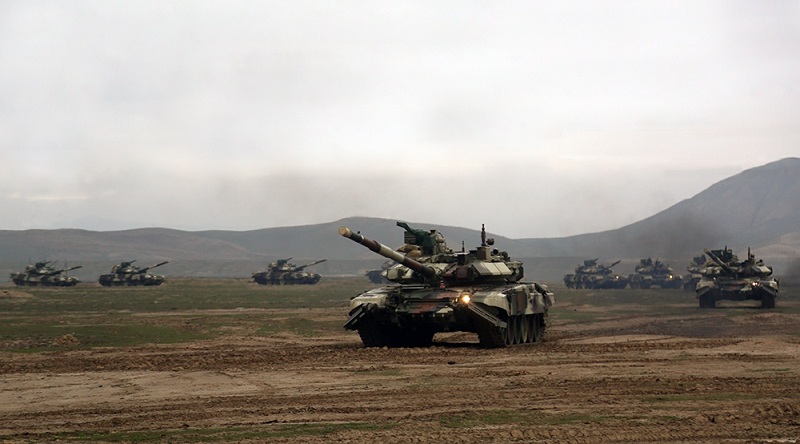 The large-scale operational and tactical exercises to be held by the Azerbaijani Army have undoubtedly frightened the military-political leadership of Armenia, the press service of Defense Ministry told News.Az

"Our army conducts exercises within the internationally recognized borders of our country, and there is no question of violating the requirements of international documents. We reiterate that Azerbaijan has the right to conduct exercises within its borders involving any number of personnel and various military equipment.

It should be noted that the regular training of the Armenian armed forces in the occupied territories of Azerbaijan, the concealment of large quantities of weapons, ammunition and other military equipment evading the control of international organizations is a gross violation by official Yerevan of norms and principles of international law, including the main requirements of the Vienna Document.

We remind the Armenian side, referring to the appeal of the UN General Secretary to comply with global ceasefire, that firstly the official Yerevan must fulfill the requirements of the four resolutions of the UN Security Council regarding the withdrawal of the Armenian armed forces from the occupied Azerbaijani territories.

The Defense Ministry declares that the Azerbaijani Army will immediately and decisively prevent any attempt of provocation from the enemy side by using force," the statement says.