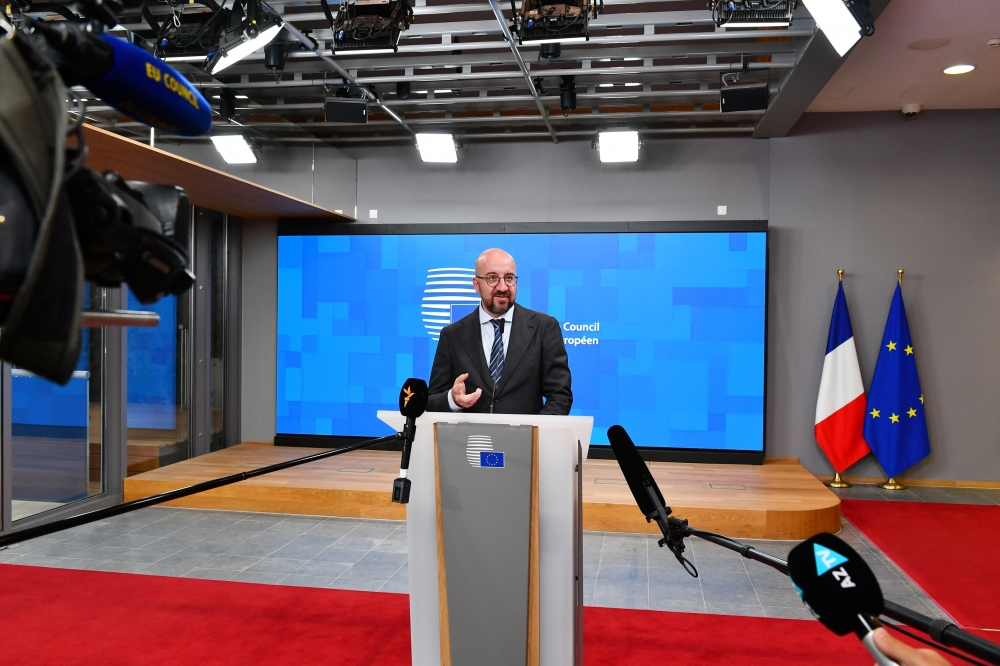 Today I hosted President Aliyev of Azerbaijan and Prime Minister Pashinyan of Armenia again. This was our third discussion in this format. We focused on the situation in the South Caucasus and the development of EU relations with both countries as well as the broader region.

The discussion was frank and productive. We reviewed the entire set of issues. We had a detailed discussion on humanitarian issues, including demining, and efforts to free detainees and address the fate of missing persons.

We reached the following outcomes:

The first joint meeting of the Border Commissions will take place on the inter-state border in the coming days. It will address all questions related to the delimitation of the border and how best to ensure a stable situation.

The leaders agreed on the need to proceed with unblocking the transport links. They agreed on the principles governing transit between western Azerbaijan and Nakhichevan, and between different parts of Armenia via Azerbaijan, as well as international transport through communications infrastructure of both countries. Notably they agreed on principles of border administration, security, land fees but also customs in the context of international transport. The Deputy Prime Ministers will take this work forward in the coming days.

The leaders agreed to advance discussions on the future peace treaty governing inter-state relations between Armenia and Azerbaijan. Teams led by the Foreign Ministers will take forward this process in the coming weeks. In addition to this track, I also stressed to both leaders that it was necessary that the rights and security of the ethnic Armenian population in Karabakh be addressed.

The EU will take forward with both parties the work of the Economic Advisory Group, which seeks to advance economic development for the benefit of both countries and their populations.

I also stressed the importance of preparing the populations for long-term sustainable peace. The EU is ready to step up its support.

We agreed to remain in close contact and will meet again in the same format by July/August. Thank you.