Erdogan calls on Putin to visit Ankara 'as soon as possible' 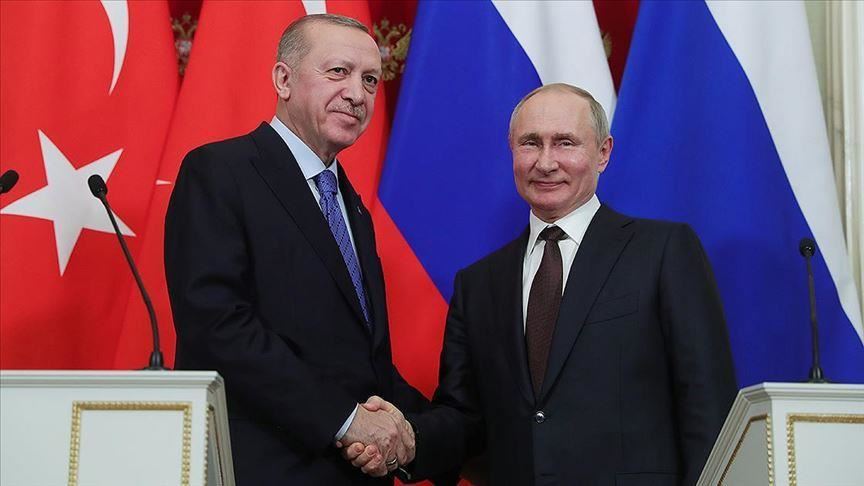 Turkiye's president urged his Russian counterpart on Wednesday to visit his country "as soon as possible," according to an official statement, News.Az reports citing Anadolu Agency.

"President (Recep Tayyip) Erdogan noted that he would like to welcome Russian President (Vladimir) Putin in Turkiye for the High-Level Cooperation Council Meeting as soon as possible, as had been agreed upon during his visit to Sochi in September," said the Turkish Communications Directorate following a phone call between the two leaders.

During the call that addressed rising tensions between Ukraine and Russia, Erdogan emphasized the "great importance" that he attached to his close dialogue with Putin which "yielded favorable outcomes," adding that he was determined to maintain this approach.

He also underlined that, as a matter of principle, Ankara does not recognize recent steps by Moscow that violated "Ukraine's sovereignty and territorial integrity," while highlighting the importance of reaching a solution to the dispute between the two countries on the basis of the Minsk agreements.

Erdogan also told Putin that none of the sides would benefit from the dispute becoming more complicated, or worse, turning into a military confrontation.

"President Erdogan stated that Turkiye, in this spirit, attached importance to the continuation of diplomatic talks and that it, today as well, stood ready to do its part for the de-escalation of tension and the preservation of peace," said that statement.

The Turkish president reiterated his call for the resolution of the dispute through dialogue and for diplomacy to be prioritized, while stressing that Ankara maintained its constructive stance within NATO.

Putin announced on Monday that Moscow was recognizing two eastern Ukrainian breakaway regions as "independent" states, followed quickly by an order to send Russian forces there to "maintain peace."