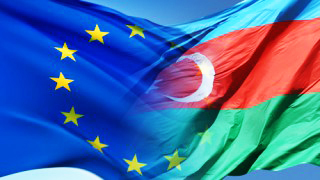 Christian Danielsson, director general for neighbourhood and enlargement negotiations at the European Commission, delivered a lecture entitled “Challenges and o

The main aspects of the Azerbaijan-EU relations are energy, political cooperation and expansion of humanitarian ties, he said, adding that the EU and Azerbaijan can further develop bilateral contacts, Trend reports.

“Azerbaijan is one of the countries which we would like to further develop relations with and the EU remains the country’s largest trading partner. Energy is an important part of the mutual cooperation. The EU stands ready to continue supporting Azerbaijan in the diversification of economy,” Danielsson said.

Brussels is currently awaiting the start of the talks on a new strategic agreement which will strengthen the bilateral ties in all areas and determine the course of cooperation, according to him.

“We implement many projects on introduction of the EU standards in Azerbaijan,” he said, adding that the new agreement will offer the sides a number of economic opportunities.

He also noted the significance and expressed support for the Southern Gas Corridor project.

Currently, bilateral relations between the EU and Azerbaijan are regulated on the basis of an agreement on partnership and cooperation that was signed in 1996 and entered into force in 1999.

The new agreement envisages the compliance of Azerbaijan’s legislation and procedures with the EU’s most important international trade norms and standards, which should lead to the improvement of Azerbaijani goods’ access to the EU markets.