“FantazEU” Cultural Heritage Festival to be held in Baku (PHOTO) 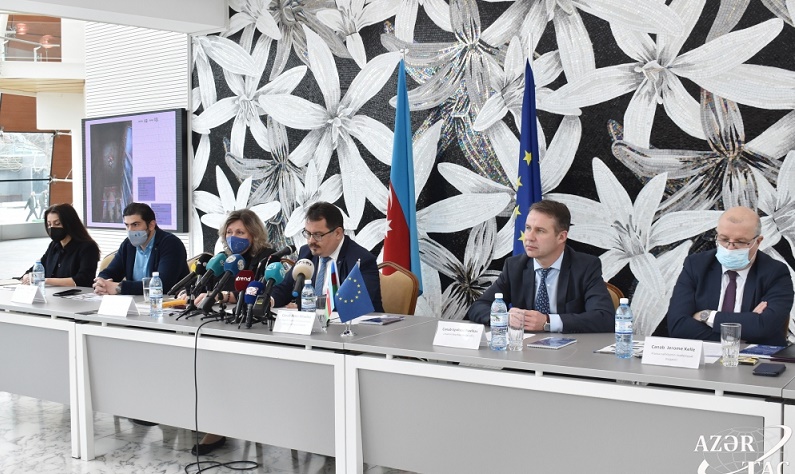 The European Union Delegation to Azerbaijan will organize the “FantazEU” Cultural Heritage Festival in Baku, the correspondent of News.Az reports.

The festival will be held on March 1-18.

“Culture helps us build trust and mutual understanding. Cultural diversity also nurtures innovation and new ways of thinking. It is thanks to cultural diversity that Europe has been able throughout centuries to adapt to a changing world. It is not by chance, that the EU and its Member States stand committed to support and protect cultural diversity. The “FantazEU Festival” will be an important outlet for demonstrating creativity and cultural diversity to the Azerbaijani citizens. It will also contribute to the further development of the “strong partnership” between the EU and Azerbaijan,” said EU Ambassador Peter Michalko.

The full programme of the “FantazEU Festival” can be accessed at the website of the EU Delegation to Azerbaijan https://eeas.europa.eu/delegations/azerbaijan_en. The Festival will also include a number of indoor and open-air photo exhibitions, concerts, literature evenings, workshops, film screenings and guided tours.

The festival will take place at various cultural and educational venues in Baku, including the International Mugham Center, ADA University, “Nizami” cinema, the Baku Book Center, Art Tower Gallery, and the “The Landmark” Hotel and Business Centre.

The Arts Council of Azerbaijan is providing organizational support under a contract financed by the European Union Delegation to Azerbaijan.

The “FantazEU Festival” is the successor of the Fantazia Cultural Heritage Festival, which had been organized by the EU Delegation to Azerbaijan since 2018. The Festival took its name from the “Fantazia” hamam, which was built in Baku in the end of the 19th century and brought together European and local architectural elements.