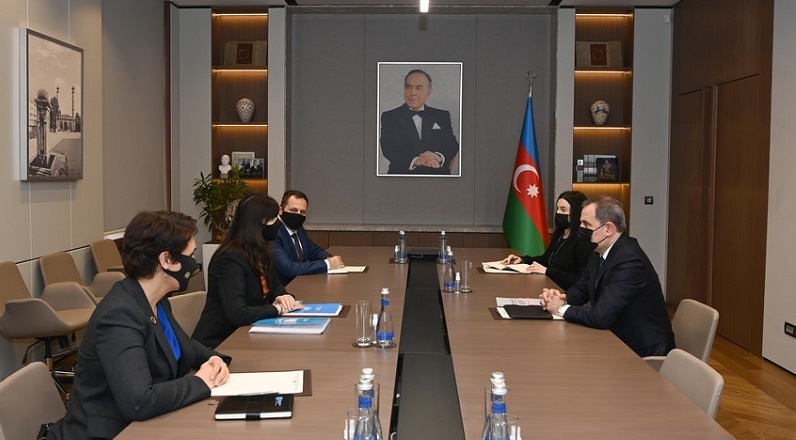 Congratulating Azerbaijan on the beginning of the chairmanship of the OSCE Forum for Security Cooperation, V. Andreeva expressed satisfaction with the priorities identified by the country as the chairman and wished Azerbaijan success during its chairmanship. She said that a number of events are planned to be held during the year in connection with the 30th anniversary of Azerbaijan's admission to the UN membership.

Noting that Azerbaijan attaches great importance to issues related to the environment, Minister Jeyhun Bayramov recalled that the territories liberated from occupation were declared a green energy zone, and drew attention to the fact that all projects are being implemented with special attention to environmental issues.

Jeyhun Bayramov noted that in connection with the 30th anniversary of Azerbaijan's membership in the UN, his government also plans to hold a number of events.