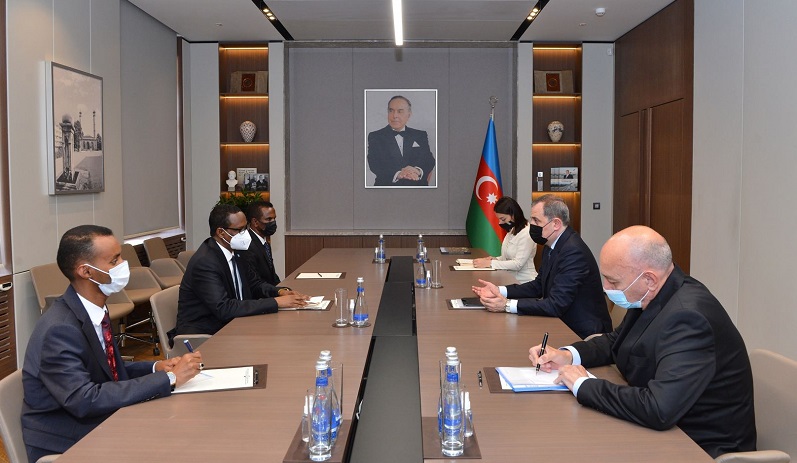 The minister also briefed the opposite side on the latest developments in the region, the situation in the liberated territories, including large-scale destruction deliberately committed by Armenia in these territories, the threat of landmines, as well as the process of reconstruction and rehabilitation in these areas.

Referring to the close historical and cultural ties between the two countries, Ambassador Jama Abdullahi Mohamed noted that his country has always supported Azerbaijan's just position based on international law. The ambassador congratulated Azerbaijan and the people of Azerbaijan on the great victory.

The sides also exchanged views on some issues of the bilateral cooperation agenda and the implementation of mutual visits.