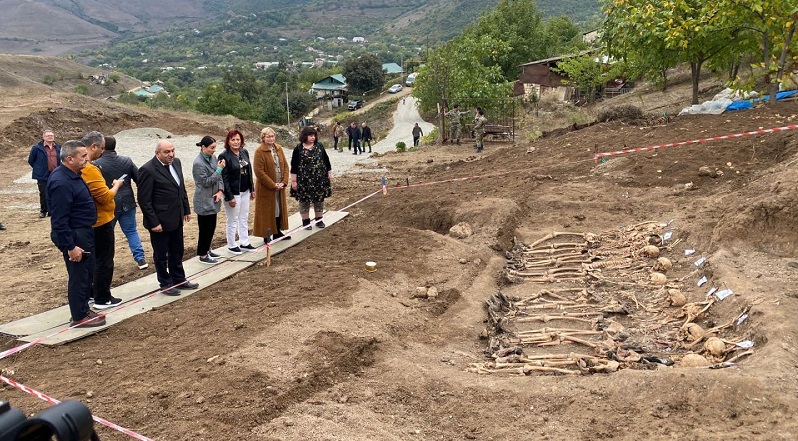 A delegation of foreign experts and representatives of NGOs from the Czech Republic, Slovakia, Poland, Finland, Serbia, Romania, Türkiye and Estonia, as well as the parliaments of these countries, visited the mass grave site found in Edilli village of Azerbaijan’s liberated Khojavand district, News.Az reports.

The delegation was provided with detailed information about the burial.

Totally, the remains of 12 people were found in the mass grave. Fragments of clothing on the remains and found items indicate that the buried were Azerbaijani soldiers. At the same time, the arms and legs of the skeletons were tied with wire.

Armenia has so far not provided any information about the fate of up to 4,000 Azerbaijani civilians and prisoners of war who went missing during the first Karabakh war.