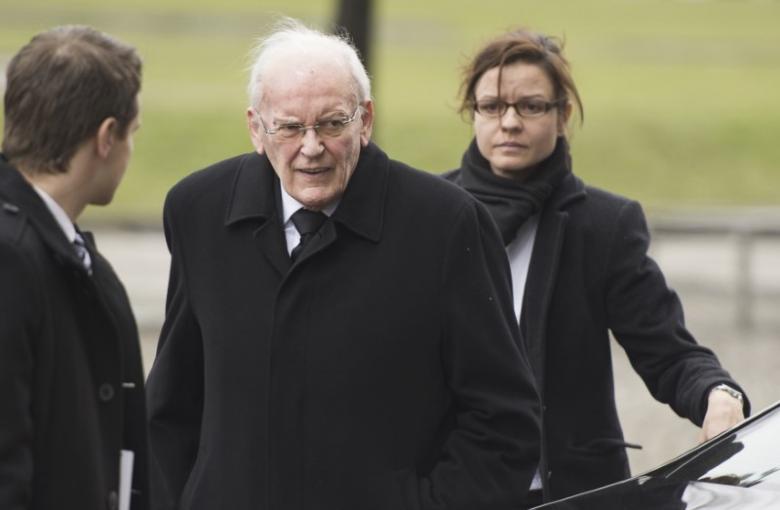 Roman Herzog, who as German president was a powerful advocate of economic reforms in the 1990s after the fall of the Berlin Wall, has died, the president's office said on Tuesday.

Herzog was a member of Chancellor Angela Merkel's conservative Christian Democratic Union. He served as the chief justice of Germany's highest court before being elected to a five-year term as president in 1994, four years after reunification.

"Roman Herzog fulfilled the duties of the highest government post in his own inimitable way. He was frank, unpretentious, humorous and self-ironic," Merkel said.

"In European politics and confronting our past, Roman Herzog knew how to send important signals, through choosing the right words, or through silence, in places where there were no words, such as the former death camp of Auschwitz."

Germany's current president, Joachim Gauck, described Herzog as a "distinctive personality, who had helped shape Germany's self-image and the interactions in our society".

Herzog last year hit out at the big political parties for not doing more to halt the rise of the anti-immigrant Alternative for Germany (AfD) party, which looks poised to become the third largest party in parliament in national elections this year.

In 1995, during a visit to the former Nazi death camp in Bergen-Belsen, Herzog warned against the rise of new forms of exclusion and totalitarianism. "So we must remain vigilant. And for that we have to remember. Only those who remember can banish dangers for the future," he said.

After his term as president, a largely ceremonial post in Germany, Herzog also chaired the first European convention that drafted the European Union's Charter of Fundamental Rights.

"Today we have lost a great constitutional scholar, politician and statesman," said German Foreign Minister Frank-Walter Steinmeier in a statement.

Maram Stern, deputy chief executive of the World Jewish Congress, hailed Herzog as a "great fighter for the constitutional state and for a free and tolerant society."