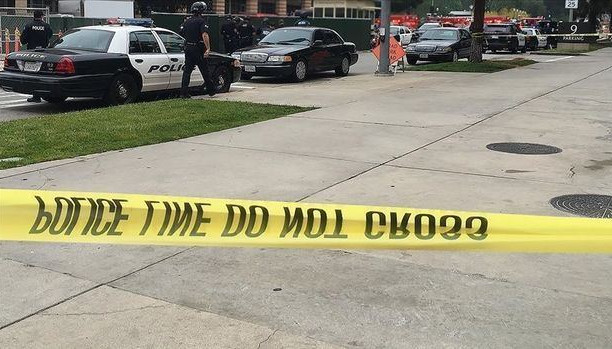 Three people were killed in a shooting at a state park in eastern Iowa Friday morning and the suspected gunman is also dead, police said, News.az reports citing Al Arabiya.

Police responded to reports of the shooting at the Maquoketa Caves State Park Campground before 6:30 a.m., Mike Krapfl, special agent in charge of the Iowa Division of Criminal Investigation, said in a statement.

Krapfl said officers responding to reports of shooting found three people dead at the scene, but he did not specify how they died and has not released their identities.

He said officers searching the campground later found the body of a Nebraska man who had died from a self-inflicted gunshot wound. Authorities identified him as 23-year-old Anthony Sherwin.

The campground was evacuated in the wake of the shooting. A children's summer camp on site called Camp Shalom said in a Facebook post that parents had been notified and that it had established a pick-up site for campers.