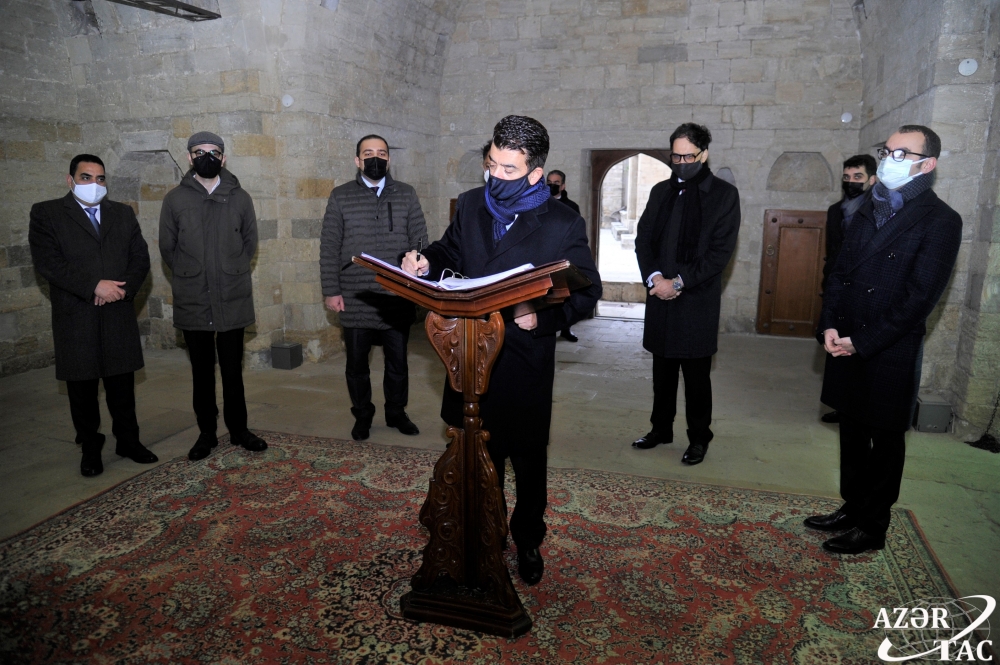 They were informed about Icherisheher State Historical and Architectural Reserve, which was classified as a World Heritage Site by UNESCO, as well as landscaping and restoration work carried out there.

They also visited the Palace of Shirvanshahs built in the early 15th century and considered one of the landmark architectural monuments of Azerbaijan.

The delegation also visited the newly built park in the territory of the Baku Khan Palace Complex.