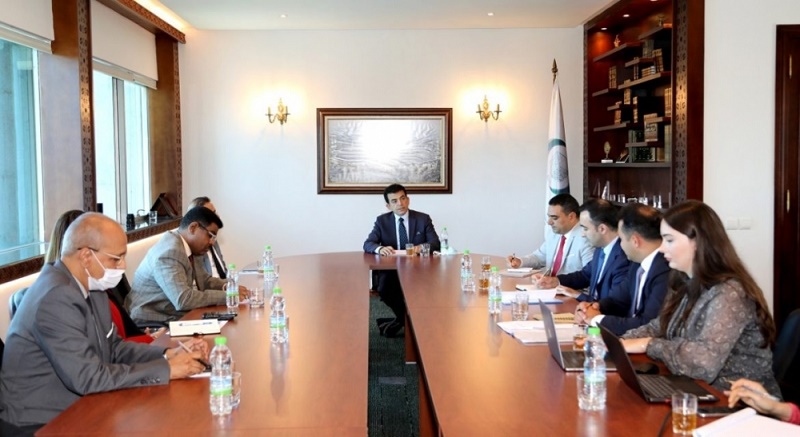 Director-General (DG) of the Islamic World Educational Scientific and Cultural Organization (ICESCO) Salim M. AlMalik has received the delegation of the State Agency for Public Service and Social Innovations under the President of the Republic of Azerbaijan (ASAN), with whom he examined the ongoing successful cooperation between the State Agency and ICESCO in relevant areas.

During the meeting, held at ICESCO headquarters in Rabat, the two parties discussed the acceleration of smart services in creative industries, which has become an interesting strategic sector to boost competitiveness, productivity, employment, and sustainable economic growth.

The meeting also touched upon creative industries, which are increasingly being utilized to promote social innovation, cultural diversity, as well as a main pillar of the 4th industrial revolution.

ASAN’s delegation gave a detailed presentation on the wide range of services and projects provided by the State Agency.