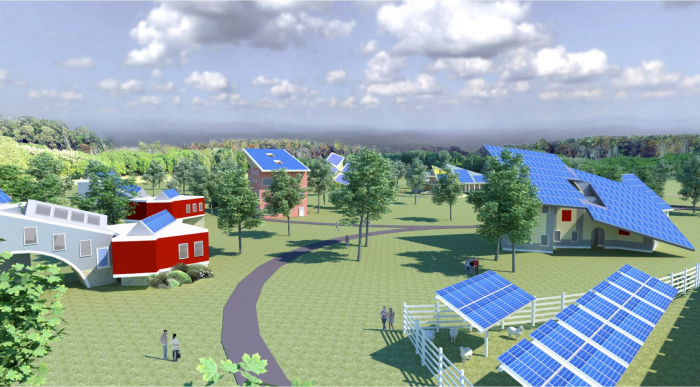 Information Communication Technologies (ICT) is one of the main factors affecting the development of the country and society in the modern world.

The level of application of ICT is one of the indicators of the country's scientific and economic potential. It is observed that the role of e-business in the world market is increasing, and now the ability of countries to conduct economic competition depends on their effective use of ICT.

Taking into account that ICT is an integral part of society and people's life, the state of Azerbaijan has taken a number of steps in this direction so far.

In 2005, the "State Program for the Development of Communication and Information Technologies in the Republic of Azerbaijan for 2005-2008" was approved. These documents show that the Azerbaijani state carefully approaches the development of ICT.

An Electronic Government portal was created in the country which provides e-services to citizens of the country and foreigners, as well as to stateless persons.

"ASAN service" centers were established in the country to provide electronic services to the population by eliminating bureaucratic obstacles. The main goal of creating this service is to provide direct services to citizens within a single center. A number of countries in the world are showing interest in the "ASAN" concept.

One of the important events in the ICT history of Azerbaijan is the creation of the State Program on the development of the space industry in the Republic of Azerbaijan in 2009. With this program, the implementation of modern space projects in Azerbaijan has been started. The most important of these projects is the launch of the "Azerspace-1" satellite into orbit in 2013, becoming a member of the "space club" represented by a small number of countries.

By launching the satellite into the orbit, Azerbaijan eliminated dependence on satellites of foreign countries and "Azerspace-1" has become an important component of the country's information security.

Along with the "Azerspace-1" satellite, "Azersky" also has wide opportunities for protecting the country's sovereignty and conveying the truths of Azerbaijan to the world community. Since 2015, the "Azersky" satellite has been continuously used for the defense and security of the country.

Azerbaijan, a member of the space club of the world, is increasingly strengthening its position in the space industry of the world. Putting satellites into orbit shows the power of the state.

Currently, restoration and reconstruction works are being carried out in the lands freed from occupation. Modern technological innovations are applied in the restoration of those areas.

On April 19, 2021, the President of Azerbaijan Ilham Aliyev signed the Decree on the development of the concept of "Smart City" and "Smart Village".

By this order, the "smart village" project is implemented in Karabakh. The application of these concepts in liberated territories is of great importance. Karabakh and East Zangezur will be a "green energy" zone, where the concept of "smart cities" and "smart villages" will be applied.

The development dynamics of ICT in Azerbaijan guarantee great success in the field of high technologies in the near future.

The article focuses on the development of information and communication technologies