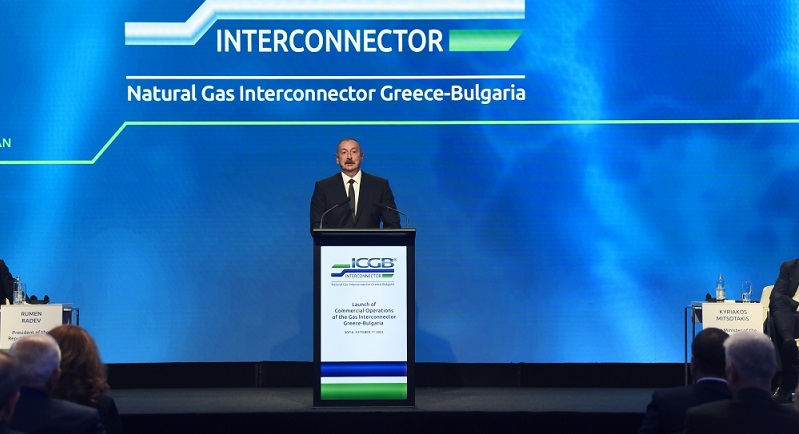 The Gas Interconnector Greece-Bulgaria (IGB) project will play an important role in strengthening the energy security of Europe and diversification of gas supplies, Azerbaijani President Ilham Aliyev said on Saturday.

The head of state made the remarks while speaking at an inauguration ceremony of the IGB in Sofia, News.Az reports.

The Azerbaijani president noted that energy security is part of the national security of every country and the current geopolitical situation in the world proves it once again.