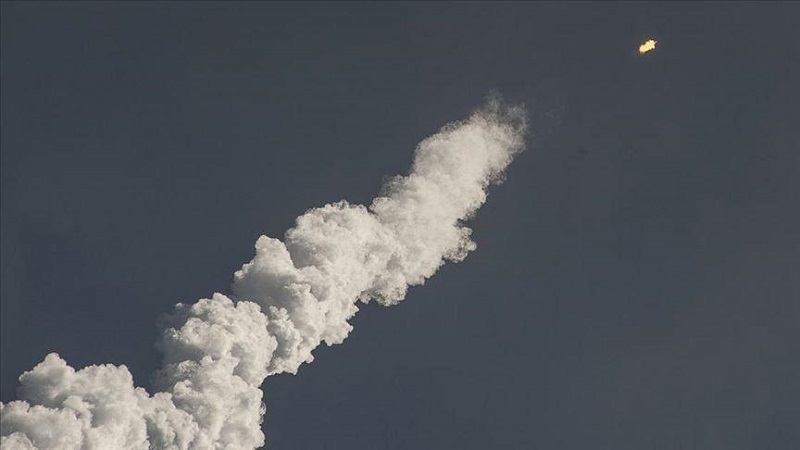 A wide array of ground-to-ground ballistic missiles and drones were used to target “hypothetical enemy bases” during the first phase of the drill, official sources said.

Zolfaqar, Zelzel, and Dezful, the missiles with ranges of 200-1,000 kilometers (124-621 miles), which officials claim are "able to break through enemy's defense systems,” were used in the drill.

The Great Prophet 15 military drill is held annually since 2008 by the IRGC, but this year it comes amid heightened tensions between Iran and the US.

Speaking on the sidelines of the drill on Friday, Gen. Salami said the “use of new technologies” had given a boost to new generation Iranian missiles, which are “able to hit all the targets accurately.”

He said the “message” of the exercise is the “will of Iran to defend its national sovereignty,” indirectly referring to simmering tensions between Iran and the US in the Persian Gulf region.

The IRGC and the Iranian military have held many war games in recent weeks, using different types of homegrown missiles, drones, submarines, military ships, and UAVs.

On Wednesday, Iran's naval forces held a major drill in the Gulf of Oman, codenamed Eqtedar-99 (power), which was attended among others by the chief of army staff, Gen. Hossein Baqeri.

The forward base ship Makran and a missile-launching frigate Zereh were formally handed over to Iran's navy during the drill.

The Makran, previously an oil tanker, has been described as the “biggest logistics vessel in the Middle East” with a length of 755 feet (230 meters), capable of carrying six to seven helicopters.

The Zereh missile-launching warship, known for its maneuverability and speed, has been called one of Iran's powerful vessels equipped with advanced missiles and artillery.

Earlier last week, the IRGC held a naval parade in the Persian Gulf in which around 700 vessels were exhibited. During the parade, an underground anti-ship missile base was also unveiled along the shores of the Persian Gulf in the Hormozgan province.