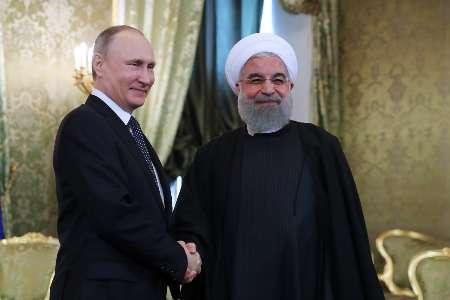 On the occasion of meeting between Presidents Vladimir Putin and Hassan Rouhani, Kremlin Palace declared Tehran allied with Moscow and partnership exists between the two countries, IRNA reported.

Russian President's Spokesman Dmitry Peskov said on Tuesday that the aim of the contacts is consolidation and strengthening bilateral ties.

He said that the two countries have historical background of relations for around 500 years.

Peskov underlined that Iran is an ally of Russia and we are partners in commercial, politico-economic and security fields which are progressing.

The spokesman said that Iran and Russia are cooperating on different regional and international issues.

President Hassan Rouhani arrived in Moscow on Monday afternoon at invitation of President Vladimir Putin for a 2-day visit.

He received honorary doctorate degree from Moscow State University and delivered speech on different regional and international problems there.