Lavrov says Pashinyan is ready to negotiate a peace agreement 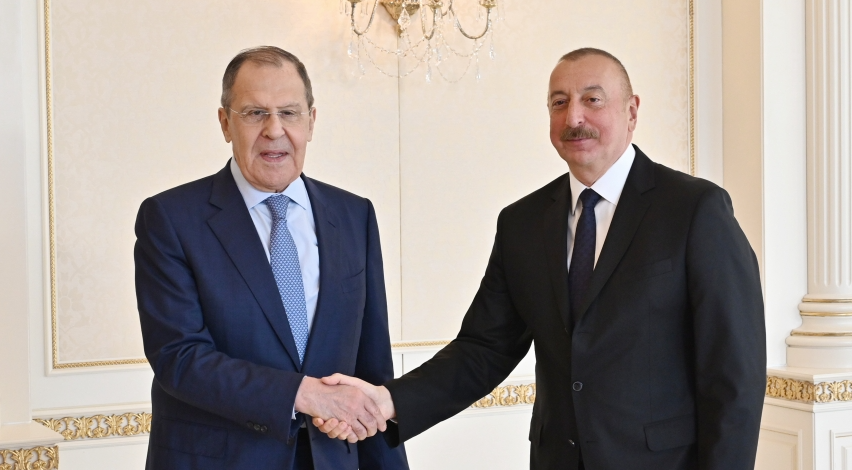 "We are ready to do everything possible to facilitate the implementation of the three documents signed by the three leaders in November 2020, January and November 2021. According to our assessment, there is some progress in the activities of the tripartite working group on the opening of communications. We are discussing the issues to be agreed with the Armenian side. It seems to me that a general idea is being formed on how to solve the problem of organizing this work so that there are no artificial obstacles to the movement of cars with maximum comfort. Russia will help in this until the results are achieved. I do hope that this will happen soon. We are also ready to provide consulting services on the work of two commissions established for the delimitation and demarcation of borders in Azerbaijan and Armenia in accordance with other agreements. There are specific proposals on this. I would be glad to discuss them with you," Russian Foreign Minister Sergey Lavrov said on June 23 during a meeting with President of Azerbaijan Ilham Aliyev, News.az reports.

"You mentioned the normalization of relations, the peace agreement and provisions of the future agreement submitted by you. By the way, we have heard that the Armenian side, Prime Minister Pashinyan, is ready to hold talks on this issue. We are ready to help here with the consent of Azerbaijan and Armenia. Of course, other international forums with the participation of Azerbaijan and Russia, such as the UN, the OSCE and the Caspian Five, all these places, as they say, already allow us the opportunity to develop the outlines of our interaction. Exactly a week later, the next summit of the Caspian Five will be held in Ashgabat. We are also actively preparing for it. My colleague and friend Jeyhun Aziz oglu and I discussed the results we could offer for the approval of the leaders," said Russian FM Lavrov.