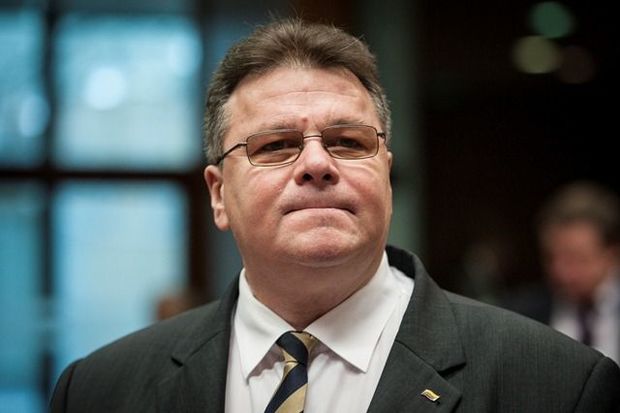 This was stated by Lithuanian Foreign Minister Linas Linkevicius speaking at the session of the UN Security Council in New York on February 21.

He said despite the completion of the cold war ideological confrontation in Europe was still in place.

"In order to resolve the conflict in Europe, it is necessary to use the whole potential of regional and international organizations, as well as the means of diplomatic impact, including sanctions," the Lithuanian Foreign Minister said.