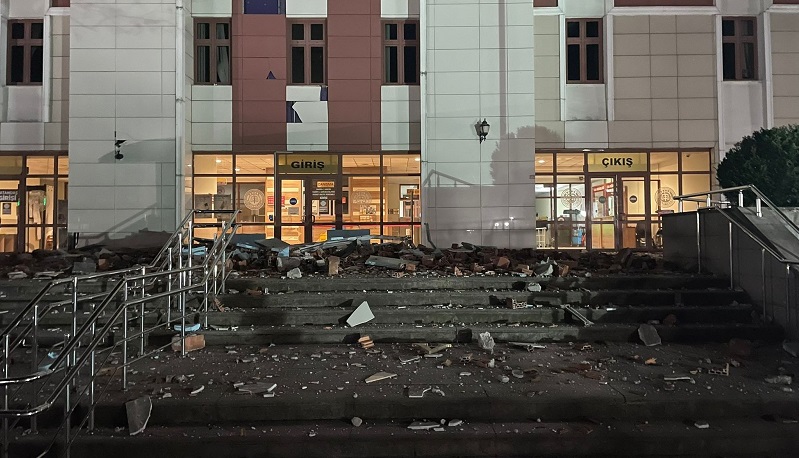 A powerful earthquake jolted Türkiye’s northwestern Duzce province early Wednesday, leaving a total of 35 people injured in the region, including in Istanbul, according to the country’s health minister, News.Az reports citing Anadolu Agency.

In a Twitter post, Fahrettin Koca said a total of 32 people were injured in Duzce, where the quake’s epicenter was located, adding three people were also injured in Istanbul, Bolu and Zonguldak provinces.

Koca added that one of the injured in Duzce is in critical condition.

Interior Minister Suleyman Soylu, who arrived in Duzce immediately after the quake, said there are no casualties.

It was also felt in Istanbul and other provinces including northwestern Bolu, Sakarya, Kocaeli, Bursa, Bilecik and western Izmir and Kutahya provinces and the capital Ankara.

Following the quake, a total of 18 aftershocks were recorded. Power cuts are being imposed in the region as a precautionary measure, announced AFAD.

Duzce Governor Cevdet Atay announced that schools will be closed Wednesday due to the earthquake.