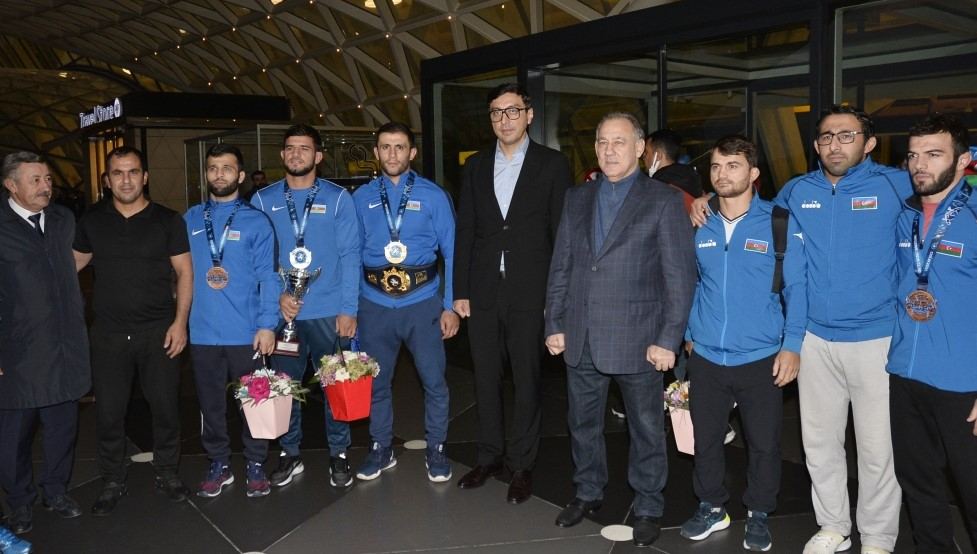 Azerbaijani wrestlers, who successfully participated in the World Wrestling Championship in Oslo (Norway), returned to their homeland on October 12, the country’s Ministry of Youth and Sports told News.Az.

The athletes were met at the Heydar Aliyev International Airport by Minister of Youth and Sports of Azerbaijan Farid Gayibov, representatives of the Azerbaijan Wrestling Federation and the sports community, relatives of the wrestlers.

The minister congratulated them and wished them success.

The Azerbaijani national team scored 107 points and took third place in the team competition. First place was taken by Russia (152), followed by Iran (146).