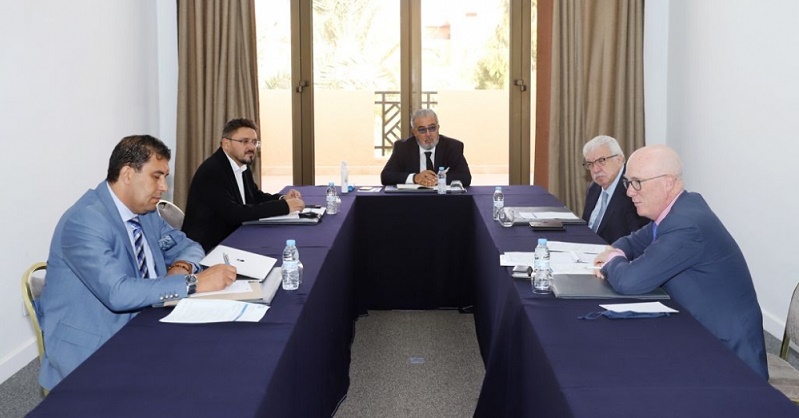 This meeting, chaired by Director General of MAP, Khalil Hachimi Idrissi, aims to examine the main aspects related to the organization of this international event, the first of its kind in Africa, and to decide on the slogan “The Future of News Agencies in Post-Pandemic World”.

The purpose of this meeting is to prepare a number of elements (reception, logistics...) and themes related to this World Congress with all the topics that interest the future of news agencies after the pandemic, said Hachimi Idrissi in a statement to M24, the TV channel of continuous information of MAP, adding that the 7th edition of the News Agencies World Congress "will draw the future of news agencies worldwide".

"There is no doubt that the pandemic has had a deep impact on the philosophy, approach and work of the world's news agencies, and we come up with a number of conclusions that are binding for the future, including the digitalization and globalization of news agencies," he said.

After stressing that the evolution of the market has forced news agencies to become global media, Hachimi Idrissi said that a news agency is now a multi-support, multi-vector and multi-segment tool.

"This is the only way today to cope with the evolution of the information system market and to be close to its new customers/members who require a wide range of products, beyond the classic news article," he noted.

Kiril Valchev, CEO of the Bulgarian News Agency (BTA), current president of the News Agencies World Congress, stressed that the Marrakech Congress will be an opportunity to discuss the future of news agencies in the world after the pandemic, as well as several other issues, including fake news, media between opinions and facts, media between the needs of the market and the right to information.

Mikhail Gusman, from the Russian agency TASS and Vice President of the News Agencies World Congress, welcomed the choice of MAP to host this major event of news agencies, a sign of confidence of members of the News Agencies Council in the ability of Morocco to successfully organize events of global scope.

A second meeting of NACO members is scheduled for January 2022 in London.