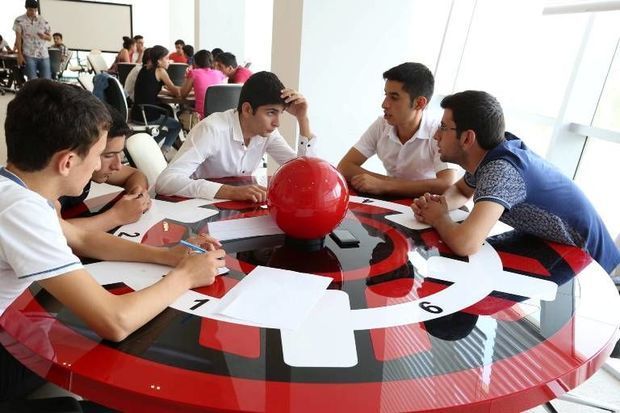 The ‘Brain House’, a joint project of the Youth Intellectual Development Center and Youth Foundation under the President of the Azerbaijan Republic was founded

From the first days of its foundation it has turned into the favorite place for both young people and teens.

‘Within the last quarter of 2016 the ‘Brain House’ organized a number of individual musical games, competitions on the topic of cinema both within teams and in an individual format, autumn and winter cups on the ‘Khamsa national brain game’ among teens, Winter Cup among youth, Offside cup individual game on football, ‘Rekvizitli’ individual game and a number of trainings in ‘What? Where? When?’ game.

‘Beginning from this year, we have seen  creation of new age groups and increase in the number of games. Thus, primary school groups (mainly, of 3-4th forms) appeared along with groups, comprising the pupils of both 5-6th and 7-9th forms, and special games were arranged for them to raise their game experience.

‘These games created conditions for effective leisure of teens and youth, as well as communication with new and interesting people,’ project coordinator Faiq Huseynov has said.