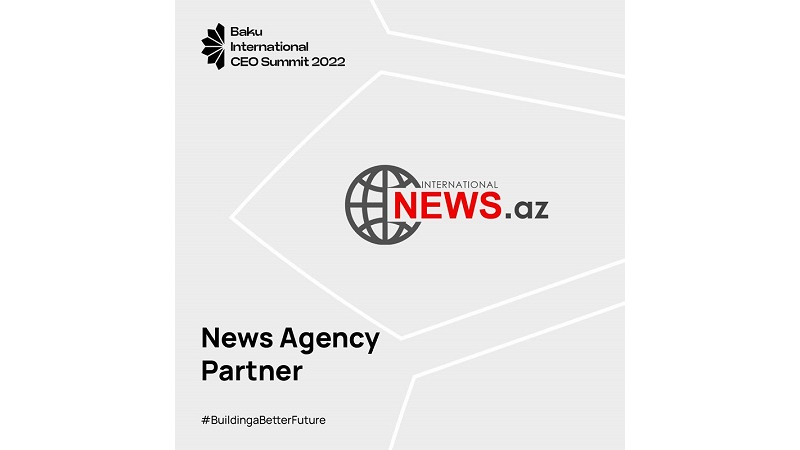 News.Az, an English-language media outlet based in Azerbaijan, became an official media partner of the Baku International CEO Summit 2022.

News.Az will widely cover the summit to be held under the motto “Building a Better Future”.

The Baku International CEO Summit is due to take place for the first time in Azerbaijan on November 15, 2022.

The event, to be organized by Azerbaijan HR Institute, will bring together chief executive officers of local and international companies, officials from state institutions, businessmen, and entrepreneurs.

The event will feature discussions and an exchange of views on the worldwide innovations in the field of management, modern innovations, and technology development, as well as advanced practices.

The Baku International CEO Summit is aimed at further improving cooperate governance in Azerbaijan based on “a steadily growing, competitive economy” – the first priority envisaged in the “Azerbaijan 2030: National Priorities for Socio-Economic Development”, which was approved by the Order (dated 2 February 2021) of President of the Republic of Azerbaijan Ilham Aliyev.