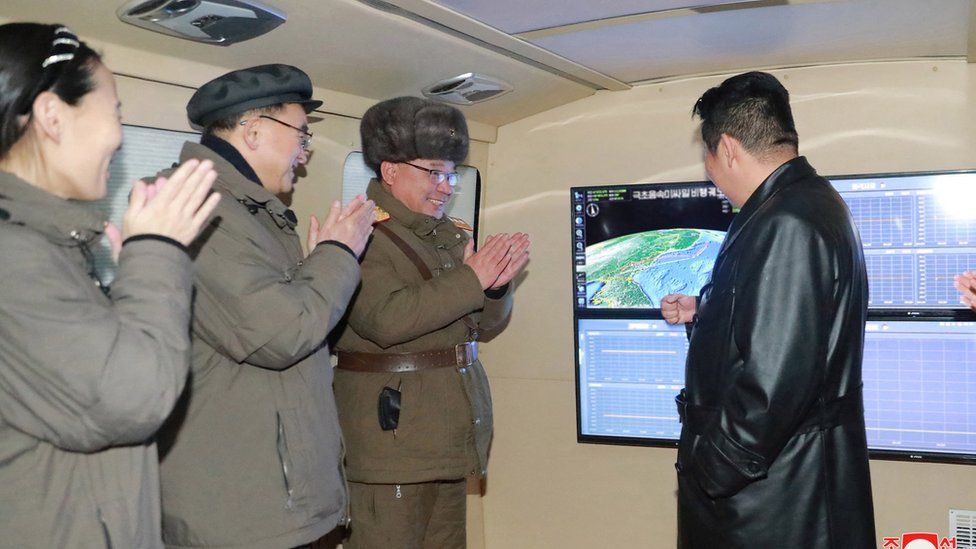 North Korea says it has conducted another hypersonic missile test, under the watch of its leader Kim Jong-un, News.Az reports citing BBC.

State media said the missile fired on Tuesday had successfully made a turn before hitting its target in the sea some 1,000km (621 miles) away.

It marks North Korea's third reported test of a hypersonic missile, which can avoid detection for longer than ballistic missiles.

It came as six countries - including the US - issued a joint statement condemning last week's apparent test. urging the North to cease its "destabilising actions" to the region.

North Korea state outlet KCNA praised the test, saying the "superior manoeuvrability" of the missile had been "strikingly verified through the final test-fire".

Their report claimed the glide missile had made a 600 km (375 mile) "glide jump flight," followed by 240 km of "corkscrew manoeuvring" before hitting its target.