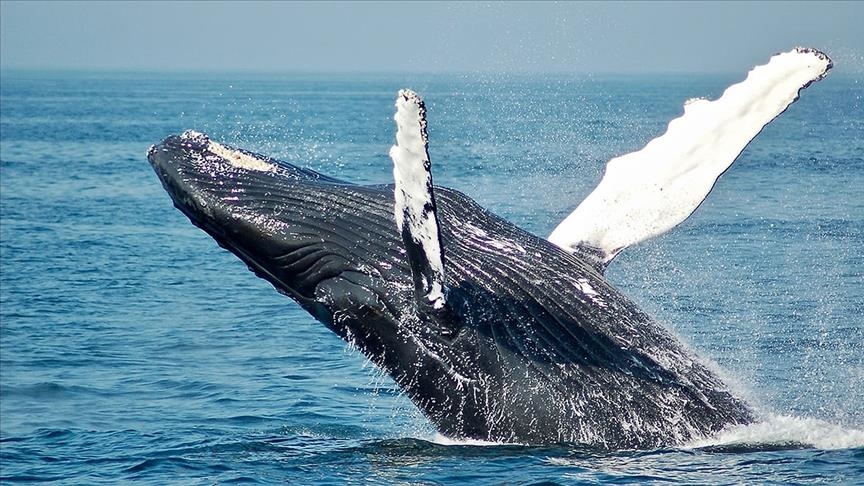 Minke whale hunting or "whaling" in Norway continues despite reactions by many, including scientists, environmental organizations and animal rights activists.

At least 575 whales were killed during the "fishing season" this year, the highest number in the last five years, according to a report by The Norwegian Fishermen's Sales Organization.

Speaking to Anadolu Agency, Vanessa Williams-Grey, a senior campaigner of Whale and Dolphin Conservation (WDC), said that whaling is an "environmental massacre," stressing that the slaughter of hundreds of minke whales is "unforgivable."

"It's a shame," she noted, referring to the killing of the most killed minke whales in 5 years this season, just days after the highest numbers of dolphins and whales were slaughtered in the Faroe Islands.

According to the Norwegian Ministry of Fisheries, the number of whales to be killed this year in the country is 1,278.

The survey showed that an increase in whales killed this year would not profit the whaling industry.

The study also found that the proportion of Norwegians said to consume whale meat frequently was 4% in 2019, compared to 2% in this year.

Despite the reactions, Norwegian government officials describe whaling as "something normal."

Odd Emil Ingebrigtsen, Norwegian minister of fisheries, argues that whales are a good food source, linking whaling with the use of natural resources.

Norway has also been severely criticized for its "wild methods" of whaling and its concealment of these methods.

Whales are still wildly spearfished in the country as harpoons equipped with explosives penetrate about 30 centimeters into the whale and explode inside the marine mammal.

While it is easier to drag the whale to the boat with harpoons stuck in its flesh, 18% of the whales die in agonizing pain within 15 minutes due to this way of hunting.

Thousands of whales killed since 1993

It is stated that more than 9,500 minke whales have been killed in Norway since 1993.

Global whaling is regulated by the International Whaling Commission (IWC), which was established in 1946 to conserve whales and manage to whale.

Even though the IWC had a moratorium on commercial whaling issued in 1986, Norway and Iceland continued whaling by declaring official objections and setting their quotas.