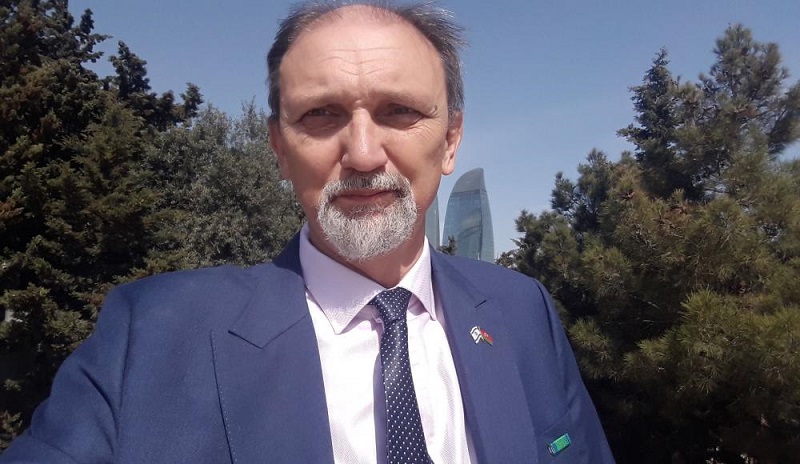 He expressed the due opinion while commenting on media reports that Armenians have put a monument to Nazi collaborator and war criminal Garegin Nzhdeh in Karabakh.

"Azerbaijan's crushing victory has not sobered many hotheads in Armenia who are in no way willing to accept defeat. Instead, they continue their provocations, this time in the form of an attempt to erect a monument to Nazi and fascist Nzhdeh in Khojavand, who is considered a hero in Armenia. It should be understood that Azerbaijan also fought with this ideology of Armenian fascism, identical to that with which the USSR and the rest of the world fought in the last century.  But Nazism already has a very strong connection with the state ideology in Armenia," the analyst said.