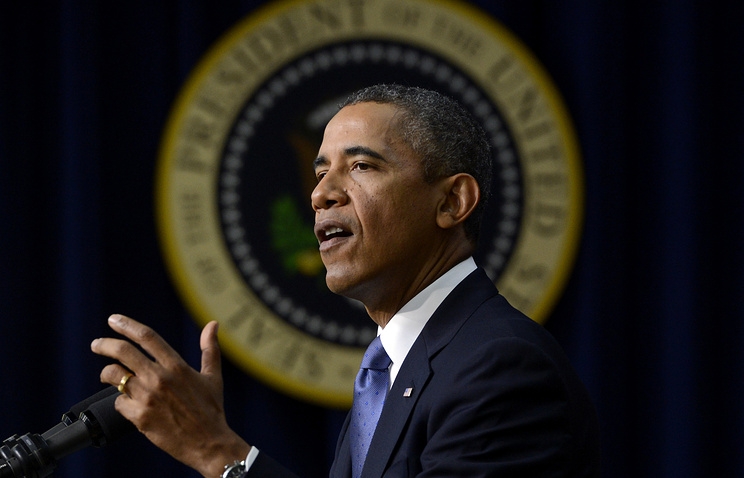 US President Barack Obama decreed to keep in force a set of sanctions against Iran.

US President Barack Obama decreed to keep in force a set of sanctions against Iran as the Mideast country, according to him, still poses "an unusual and extraordinary threat" to the security of the United States, a statement from the White House said on Friday, APA reports quoting TASS.

"On July 14, 2015, the P5+1 (China, France, Germany, Russia, the United Kingdom, and the United States), the European Union, and Iran reached a Joint Comprehensive Plan of Action (JCPOA) to ensure that Iran's nuclear program is and will remain exclusively peaceful January 16, 2016, marked Implementation Day under the JCPOA…," the statement quoted President Obama as saying.

"While nuclear-related sanctions were lifted pursuant to our JCPOA commitments, a number of non-nuclear sanctions with respect to Iran remain in place.," Obama said.

The outgoing US president said that since the so-called ‘Implementation Day’ the International Atomic Energy Agency (IAEA) provided facts, which were confirmed by the US secretary of state, that Iran had been following its commitments under the JCPOA.

"Nevertheless, certain actions and policies of the Government of Iran are contrary to the interests of the United States in the region and continue to pose an unusual and extraordinary threat to the national security, foreign policy, and economy of the United States," Obama stated.

"For these reasons, I have determined that it is necessary to continue the national emergency declared with respect to Iran and to maintain in force comprehensive sanctions against Iran to respond to this threat," Obama added.

Under an agreement reached with the P5+1 group of international mediators (five permanent members of the UN Security Council - the US, the UK, Russia, China, France - and Germany) in Vienna on July 14, 2015, Tehran undertook not to produce weapons-grade plutonium, to store no more than 300 kilograms of uranium enriched to 3.67% in the next 15 years and to re-equip its nuclear facilities and use them solely for peaceful purposes.

At the same time, the arms embargo imposed by the UN Security Council will be kept for five years and the ban on the delivery of ballistic missile technology to Iran will remain in force for eight years while IAEA experts will monitor the country’s nuclear facilities for 25 years. If Iran breaches the terms of the deal, the international sanctions against the Islamic Republic may be imposed again.