Ozil arrives in Istanbul for Fenerbahce 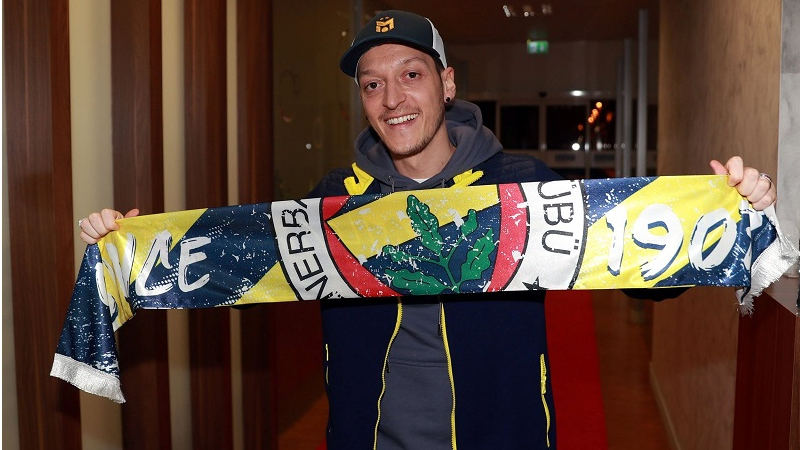 Mesut Ozil said farewell to his Arsenal teammates and flew to Turkey on Sunday to join Fenerbahce in a bid to reignite a once-flourishing career that faltered in London, Daily Sabah reports.

The former Germany midfielder, who is of Turkish descent, hasn't played for Arsenal since March after falling out of favor with manager Mikel Arteta over concerns about the player's work rate.

32-year-old Ozil wasn't even included in Arsenal's Premier League squad for the season, despite being one of the highest earners, and has been ostentatiously tweeting his support for the team from home during matches.

Arsenal has now managed to offload Ozil before his contract expires in June. Fenerbahce posted images of Özil leaving London on a private jet on Sunday night.

After 7½ years at Arsenal, which he joined from Real Madrid, Ozil is heading to one of Turkish President Recep Tayyip Erdoğan's favored clubs.

"There is a lot I can say about Özil ... This was his childhood dream and a dream for all Fenerbahçe supporters. God willing, we'll win many titles together."

According to initial reports, the former Arsenal star agreed to a 3 1/2-year deal, worth 5 million-euro ($6.2 million, TL 45.2 million) annually, with an additional signing bonus of 2.5 million euros.